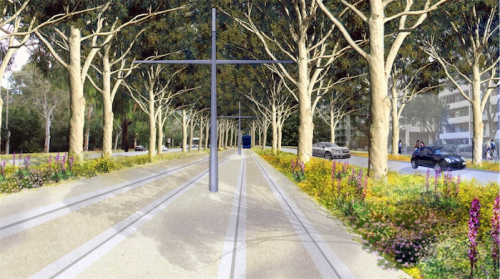 THE City Renewal Authority (CRA) has been with us since mid-2017 and has yet to make a positive impression on residents who are looking to see things change for the better in how the government does planning and development.

This new authority is very much bound to instructions of the planning minister, who in turn is very much a creature of the Chief Minister Andrew Barr.

It is not an independent authority. Would the city be better served if these resources were allocated directly to an appropriate section of the relevant ACT department of whatever?

Take for instance the announcement in December of the Dickson Place Plan – that made wonderful Christmas reading.

Being a local, I welcome attention to the many architectural, cultural, landscape and amenity issues that are overdue to be addressed within Dickson. Sadly, there are several that are ignored within this plan.

But do we need a special authority to do this when a departmental project team could have easily taken up the challenge – as they have done since self-government and before – if given the resources?

Then there are equity issues. How does this special attention and subsequent allocation of resources to Dickson match those being allocated for other suburban shopping precincts throughout Canberra? Are all centres due to have their own Place Plans?

The City Renewal Authority has its own board that is answerable and takes directions from the planning minister. The board is made up of seven ministerial appointees, six of whom are not from Canberra.

Does this make sense? The answer must be that urban planning, architecture and landscape professionals based in Canberra do not know enough about urban planning, architecture, urban renewal, landscape design and the list goes on. Because of this perception, Mr Barr and his planning minister have stacked the board with experts from Sydney and Melbourne.

And we all know how well those cities and their experts are doing with keeping up with infrastructure, roads, traffic issues, architecture, building codes (think Opal Tower), enhancing (not diminishing) greenery and dealing with pesky residents who want a sustainable and pleasant urban environment in which to live!

This authority follows the line – “people first” (don’t choke on that!). For the Dickson Place Plan the authority worked out a way to have local involvement on terms that suit the government. It has worked around the annoying local resident associations and has set up and funds its own consultation team – called The Dickson Town Team.

There are many such nifty terms with the CRA documents, such as calling the Dickson shops – the Dickson Village. I guess with time we will see what that means.

A key judgment for the CRA is how well it is doing ensuring Northbourne is to be lined with fabulous examples of architecture and great landscape design.

On landscape, the image above is a 2015 impression of what was to come along Northbourne.

The last time I drove down Northbourne there were many dead newly-planted trees, scrappy woodchip and almost as many new weeds as new plants. We hope things will get better soon.

As for architecture, announcements have commenced on new apartment towers with many more to come. So far the impression is that they are machine architecture, look very much the same as each other and worse still are threatening to impact negatively on the established suburbs nearby.

To be kind we should wait just a little longer to see if this new authority and its board of imported experts could indeed deliver great things in architecture and landscape design. I would advise that you don’t hold your breath waiting!

So back to a question I posed late last year.

Do we need this new City Renewal Authority?

The report card reads – Dear Mr Barr, C minus for young CRA – it needs to pay attention to residents and to do much better.

CityNews - January 21, 2021
0
Recovery of America’s damaged standing will come from success in putting out the fires that are not just in the US, writes SCOTT LUCAS.