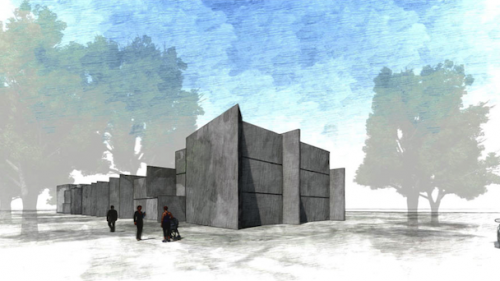 SOCIAL housing in Canberra is a vexed issue because of the way this government handles the portfolio.

Residents regularly express frustrations with a couple of ACT ministers, namely Andrew Barr (Chief Minister) and Mick Gentleman (Minister for Planning and other things). While such criticisms are justifiable given the stuff that happens, there is another minister, Yvette Berry, who as Minister for Housing and Suburban Development has been largely under the radar but is responsible for her share of this government’s goings-on.

Among the dubious planning decisions was the removal of the public housing along Northbourne and the scattering of tenants across Canberra. As a result of the Northbourne clearances, the extra title of Minister for Urban Clearances should be added to her portfolios.

She is so fixated on being seen to solve the problems of her own making that she sees no wrong in taking away important pieces of social and green infrastructure designated for important community and cultural reasons.

The perception is that this minister regards residents to be against social housing in their suburbs. Wrong. The government is not transparent in working with the community to identify the sites; residents reject the idea of using designated community spaces for social housing; and there is evidence from several housing sites that this government does not maintain its housing stock very well.

A curious card appeared in letterboxes last November. It said how the ACT government is committed to public housing across Canberra blah, blah, blah. The card made no sense. The best reading was that Dickson residents were being encouraged to go online to have “your say” about something not identified that was to do with public housing. It read as if the government was hoping to trigger negative reactions (our politicians are good at such nasty behaviour).

Having navigated into the infamous and questionable “Have-Your-Say” website, there was information (not alluded to in the letterbox drop) about two sites being redeveloped for public housing in Dickson. One was fine. But the other!

The image above was presented to inform people of new public housing. Is that the best a minister interested in social housing and inclusion can come up? Did someone get the drawing for a prison mixed up with this work?

The inner north has numerous social housing sites and most are usually integrated into the neighbourhood. Unfortunately, some recent work has come with curious faults.

There is one in the middle of Downer that has lights so numerous and bright that the otherwise well designed public housing apartments look like a prison. Residents and neighbours have complained about this stupid use of lights but no one in this minister’s directorate wants to know.

The same minister’s office did not want to know about the requests to have the large gum tree removed from the centre of the complex as the prospect of large branches coming down some time soon is very high (so now we know who will be held responsible).

The ACT electorate is generally a progressive society and embraces government programs that assist those in need. Residents expect the ACT Labor/Greens government to have put a the highest priority on social housing. According to those who study the statistics, this government continues to not match community expectations on the delivery of a range of social-housing initiatives.

The ACT government’s lack of leadership in working with residents on these social issues continues to be very annoying and frustrating for residents especially given their support of social housing. Yvette Berry as minister has the means to put in place a more transparent and friendly way of working with residents. That would be a good way to kick things off in 2019.