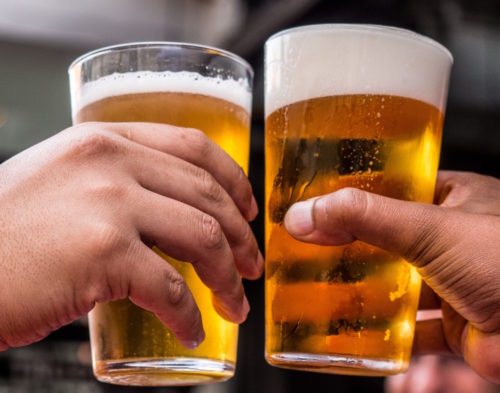 CRICKETS and dried black soldier fly larvae have been brewed into an innovative new Canberra beer, in a partnership between local entrepreneurs, researchers and BentSpoke Brewing Co.

Brewed for the 2019 Innovation Showcase, the beer titled “The Innovator” aims to test the possibilities of brewing using local and environmentally friendly ingredients. The naturally occurring starches and proteins found in the crickets and soldier fly larvae will be converted to sugar during the brewing process, reducing the amount of barley malt needed in a traditional brew.

Co-owner and head brewer of BentSpoke Brewing Co Richard Watkins says: “There’s a first time for everything and in my 25 years of brewing, I can honestly say that this is the first time I’ve put crickets and larvae in my beer!

“BentSpoke believes in bending the rules of beer, so when the Canberra Innovation Network approached us, naturally we jumped at the chance to brew this exciting new beer that is both local and sustainable.”

To make the new beer BentSpoke Brewing Co collaborated with the ANU Research School of Biology to get access to the yeast harvested from Canberra air, FutureSuper Foods for the cricket powder, Goterra for the dried black soldier fly larvae, and the Prepear Drink Company for the hangover relief product that uses the juice of the Korean pear to reduce the toxin Acetaldehyde in the body.

This beer will be launched at the Canberra Innovation Network’s 2019 Innovation Showcase on December 4 at the BentSpoke Cannery in Mitchell.