“YOUR Local Plumbing Group” has been penalised $100,000 by the ACT Supreme Court after it made false and misleading claims in the Yellow Pages and local print outlets.

The court found that between 2016 and 2018 the company published advertisements under multiple business names in the Yellow Pages, the Chronicle, and the Canberra Weekly, falsely advertising that services were supplied by businesses that were unrelated to Your Local Plumbing Group.

The court also ordered that the group’s sole director and shareholder, Shameer Khan, pay a $30,000 penalty for being knowingly concerned in the contraventions.

Your Local Plumbing Group was found to have falsely represented that it had been in operation in Canberra for at least 25 years, or in some cases 30 years, when the businesses had only been in operation since 2015 at the earliest.

Mr Khan was knowingly concerned in the conduct, according to the court, since he had intended to obscure the fact that the advertised services were provided by Your Local Plumbing Group and knew that the business had been registered in 2015.

ACT Fair Trading commissioner David Snowden said this type of conduct from a local business was unacceptable and may have disadvantaged consumers, as well as plumbers who were doing the right thing.

Mr Snowden said it was an important reminder for all Canberra businesses that advertisements must be accurate and not misleading.

“Access Canberra continues to be vigilant in monitoring the advertisements of Canberra businesses for this sort of activity, and will continue to investigate complaints where necessary,” Mr Snowden said.

The court has ordered Your Local Plumbing Group to publish correction advertisements in selected publications and on each of its individual websites, while establishing and maintaining an Australian Consumer Law compliance program for a period of three years. Your Local Plumbing Group and Mr Khan are restrained from making the same or similar representations in future advertisements for a period of five years, whether in connection to these or other plumbing businesses. 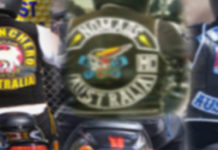