THE government has finally secured the repeal of medevac by coming to an arrangement with crossbencher Jacqui Lambie, the terms of which she refused to disclose to the Senate because of “national security concerns”.

The repeal was carried 37-35 after Lambie – on whose vote the result depended – said she was satisfied with her negotiations with the government.

Prime Minister Scott Morrison personally negotiated with Lambie over the repeal, a sign of the government’s determination to quash the medevac law.

Medevac – which facilitated medical transfers of people from Papua New Guinea and Nauru – was passed against the Coalition’s opposition when it was briefly in minority late in the last parliamentary term.

Lambie had indicated previously that her vote for the repeal would be conditional on the government meeting a condition which she would not specify. She suggested security matters were involved.

In an emotional speech Lambie, breaking down in tears, told the Senate: “I’m not being coy or silly when I say I genuinely can’t say what I proposed. I know that’s frustrating to people. And I get that. I don’t like holding things back like this.

“But when I say I can’t discuss it publicly due to national security concerns, I am being 100 per cent honest to you. My hand is on my heart and I can stand here and say that I would be putting at risk Australia’s national security and national interest if I said anything else about this,” she said.

“I put to the government a proposal and since then we have worked together really hard to advance that proposal.

“And as a result of that work, I am satisfied, I am more than satisfied, that the conditions are now in place to allow medevac to be repealed.”

Greens leader Richard Di Natale demanded to know who was lying. “Who’s lying, minister Cormann? Are you lying? Or is senator Lambie lying?”

He said Cormann had “walked over to senator Lambie and said, ‘Is it OK if I say there’s no deal?’ We heard you say it”.

One Nation’s Pauline Hanson told the Senate she had just had “a quick talk with senator Lambie”. It was “extremely hard for her. … I do trust her judgement”.

When the Senate resumed on Wednesday morning, the government immediately moved to bring on the repeal bill. Labor demanded the terms of the deal, declaring the vote should be delayed until they were revealed.

Labor’s leader in the Senate Penny Wong said: “We have cabinet ministers coming in here like lemmings, voting on a legislation based on a deal you haven’t seen.”

Labor spokeswoman on home affairs Kristina Keneally said the Australian public supported medevac, quoting a poll showing 62 per cent in favour. She said medevac had nothing to do with Operation Sovereign Borders which Labor supported. Repeal would deny people treatment, she said.

Under the offshore arrangements, there are currently just over 200 people in Papua New Guinea and more than 250 on Nauru. 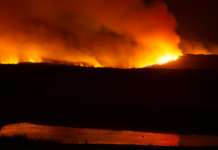 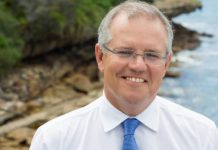 CityNews - January 18, 2020
0
The chlorine leak at Civic Pool has been contained and cleared. Atmospheric monitoring has deemed the area safe.