“It beggars belief that none of the ministers sitting around the Cabinet table didn’t understand or did not air concern that by making limited land available for detached housing the prices would go through the roof,” writes JON STANHOPE.

THE extent of the retreat by ACT Labor and the Greens from a commitment to, or concern about, affordable housing is starkly illustrated by a range of new policies and the decision to abandon core parts of the 2007 Affordable Housing Strategy. 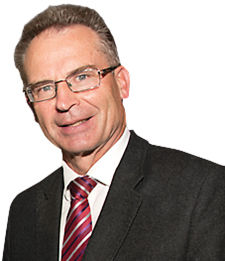 In light of the clearly negative impact that decisions consciously taken by Labor and the Greens have on housing choice and affordability for lower-income households in Canberra, it is difficult to understand and interpret their motivation and intent.

The question that must be asked is whether at the time these decisions were made, including for example the decision to massively reduce the supply of land for detached housing, if the government was motivated primarily by financial considerations ie the need to maximise profit from land sales in order to prop up the Budget or ideology eg to fast-track the densification of the city, an obvious consequence of which would be to deny residents from lower-income households the choice of living in an affordable detached house.

However, I honestly don’t think that’s the case in relation to the land supply or housing policies of the government. It beggars belief that none of the ministers sitting around the Cabinet table didn’t understand or did not air concern that by making limited land available for detached housing the price of such housing would go through the roof.

It is also inconceivable that relevant directorates and directors-general did not, in compiling coordination comments on Cabinet submissions relevant to land supply, advise ministers that the outcomes that have in fact occurred were inevitable and of their implications for the affordability of housing.

It is not as if the change in the composition of land supplied in recent years has been insignificant. In the space of just a few years the ratio of land for attached as opposed to detached housing has flipped from 70:30 in favour of detached to 20:80 in favour of attached.

The most recent definitive research on the housing of choice of Canberrans is that in the order of 80 per cent state that their first choice is a detached house. With such strong demand and limited stock, the median house price in Canberra has over the last six years increased by an average of 5.8 per cent or $38,000 a year.

The only, albeit uncomfortable, conclusion that one can draw is that the ACT government knows and has always known that the neo liberal housing policies it has adopted will have a negative impact on housing choice and affordability.

It follows that the government must have known that the people most affected by these policies are from lower-income, working-class families.

The greater worry for those interested in a fair and just society is that the government doesn’t appear to care.

An examination of the fortunes of the community housing sector in Canberra over the last 10 years provides further insight into the depth of the government’s disinterest in housing affordability.

The commitment within the MOU was honoured in full in the years from 2008 until 2012 but was drastically reduced each year after that until in 2018 land for only four dwellings was made available to CHC from a total of 12 lots made available to the community housing sector as a whole.

In other words, Labor and the Greens have reduced, over the course of the last six years, a guaranteed supply of land to the Canberra community housing sector by 90 per cent or 108 dwellings a year.

Labor and the Greens also cancelled the $50 million revolving finance facility made available to CHC as a result of which it no longer has access to cheap finance.

There are a range of other factors that have also negatively impacted affordability, including the regressive increase in rates and charges and the use of land tax as an instrument to drive investors out of the housing market, which I will address on another occasion. Another issue worthy of attention is the egregious spin which the government applies to the notional commitment to 15 per cent of all land release being for affordable, public and community housing, which I will also address.