“Jon Stanhope is right – the government doesn’t give a damn. It wants your money, but not for acute health care,” fumes letter writer COLLIS PARRETT, of Barton. 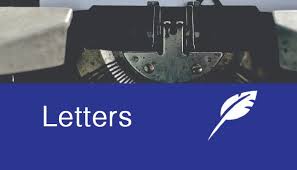 A close female relative suffering a life-threatening disease causing acute chronic breathlessness, which means she cannot walk more than about five metres without help, was fined $120 for overstaying a five-minute parking spot adjacent to the entrance to Building 19 at the Canberra Hospital. Upon very lengthy appeal it was expunged. The nursing staff at Building 19 are saints and deserve medals.

But wait, there’s more. Recently, in the absence of any vacant disabled or ordinary parking spots when attending a necessary appointment with her GP in Jardine Street, Kingston, and desperately needing immediate use of his facilities, she had to park in a commercial-vehicle space. This brought a fine of $190!

A very strong appeal to the parking authority followed explaining that a lower-bowel emergency occurred and there was no choice but to park immediately wherever possible.

A sympathetic doctor gave his opinion in writing about insufficient parking in the immediate area. But it was dismissed, as was the appeal on the grounds a GP visit doesn’t constitute an emergency. Jon Stanhope is right – the government doesn’t give a damn. It wants your money, but not for acute health care.

I SHARE Mike Welsh’s concern and disdain for litter (“Seven Days”, October 31) and those who leave their rubbish in public places. It is a disgrace.

I regularly walk past discarded food and drink containers. There is often half-eaten and uneaten food left in the street as well as on roads.

The other night I saw half-full takeaway food bags left on the footpath in front of the Canberra Labor Club.

IF “CityNews” columnist Paul Costigan were to run against Andrew Barr and his government, I would vote for him.

It seems Barr is hell bent on not only destroying our “bush capital” image but everything that is honest and decent and it seems he wants change for change sake.

CityNews - June 3, 2020
2
Following a Barr government commitment of $13.9m to make Braddon and Dickson more "accessible and more attractive", Braddon businesses are questioning whether there are better things that the money should be spent on.