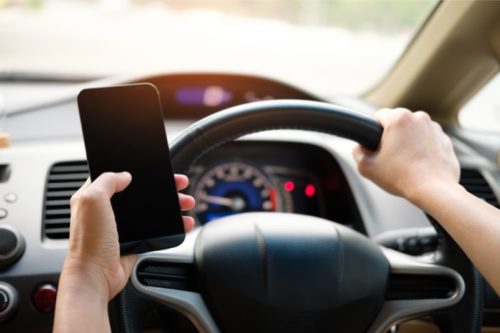 ALL drivers with “L” or “P” plates will be banned from using a mobile device from July 1.

It’s already illegal for all drivers to call, text or be on social media when driving, but as of July it’ll also be illegal for drivers with a provisional or learner licence to use their phones through their car’s Bluetooth or put it on speaker while driving.

If a driver with “L” or “P” plates is caught messaging, using social media, accessing applications and or using the internet after July 1 they’ll be fined $589 and will lose four demerit points. Talking on the phone or using hands free and speaker mode will see a fine of $480 and the loss of three demerit points

Road Safety Minister Shane Rattenbury says research shows it’s not safe to use any device while driving and any activity that distracts a driver can result in more lane deviations, slower reaction times and the risk of not anticipating potential hazards; these risks are amplified for young drivers.

He says research conducted by the University of Canberra in August, 2016, surveyed 612 young ACT drivers (aged 17-24 years) on the extent and nature of risky driving behaviours.

The research illustrates that three in four young Canberrans said they had read one text message while driving in the past week, while more than half had sent at least one text message.

Other young people who were surveyed said they would use their mobile phones while driving in other ways, including for GPS navigation (61 per cent) and social media (21.2 per cent).

Mr Rattenbury says GPS enabled devices can still be used, provided that the device not being held by the driver and is programmed before the trip starts so that it requires no interaction during travel.

There a similar exception for listening to audio such as music and podcasts.

Mr Rattenbury says too many young drivers are being killed and injured on Canberra roads.

“There is no, one solution, which is why we are looking at a range of approaches that work together to reduce risk for new and young drivers,” he says.

“It is also important that parents, carers and families understand and recognise the value of these initiatives.

“Many young drivers do the right thing, obey the speed limit and drive safely. These measures will support them and better prepare them for a lifetime of safe driving.”

Andrew Mathieson - January 22, 2021
0
Canberrans feel the safest in their capital city comparably to others around the country, according to a 2019-20 report on government services.