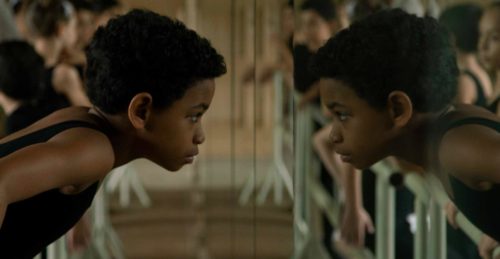 AS a young man, I lived in a small block of flats where several ballerinas lodged during the Borovansky Ballet’s Brisbane season. I saw most of the program. I never really met any of the dancers.

Then I grew up. The last live dance program I saw was the Twyla Tharp Company’s season of modern dance in the Canberra Theatre. The program was not classical.

To say that Spanish director Iciar Bollain’s film co-written by Paul Laverty and Carlos Acosta blew me away is an understatement.

The film spends 111 minutes intertwining recollections of growing up in what is at best a dictatorship with dance passages staged for the film, mostly modern, all exciting for their athleticism and sheer visual splendour.

From an impoverished Cuban family, Acosta, now 46 and living in England with his English wife, is the first black dancer to perform some of ballet’s major male roles.

London’s “Independent” newspaper has described Acosta as “a dancer who slashes across space faster than anyone else, who lacerates the air with shapes so clear and sharp they seem to throw off sparks”.

In childhood, his truck-driver father pushed him almost beyond the limits of what a small boy could endure both physically and emotionally. He has performed with some of the world’s great dance companies – National Ballet of Cuba, English National, Houston, English Royal, Birmingham Royal. Comparisons with Nureyev and Baryshnikov come easily to mind. He came to Australia in 2008. And he’s a fan of TV’s “Poldark”.

The film reeks – no, is redolent with – authenticity. Keyvin Martinez as young Carlos and Edlison Manuel Olbera Núñez as the adolescent Carlos are both outstanding. And Santiago Nunez is powerful as the father who saw early what the child was capable of and never wavered in his determination to see the man succeed.

The dance sequences are, put simply, superb. And you don’t have to like ballet to admire them or the film’s other parts.