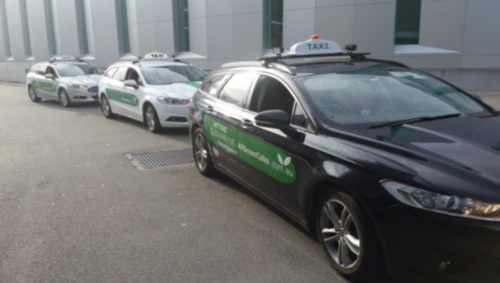 ACT AllGreenCabs was launched today (November 6) as a new taxi service by local and interstate families who, they say, have lost their life savings due to the ACT government flooding the market with new, cheaper taxi licences.

“When you take an AllGreenCab ride your carbon emissions are offset 100 per cent in land-use carbon sequestration projects,” said managing director Petar Johnson.

“In fact, we procure over 130 per cent of net emissions making your ride an actual contribution to the solution for the climate change problem,” “We choose land use sequestration because it also has flow on dividends for biodiversity, water quality and habitat creation unlike other sequestration solutions.”

He said that AllGreenCabs intended to bring customer loyalty back to Canberra taxis and away from Uber through matching rates for Friday and Saturday nights.

The market in the ACT for taxis was a hidden, third-world industry with drivers earning between $8 and $12 an hour.

The flood of taxi plates by the ACT government, the poorly regulated standards of cars used as taxis and the unkempt nature of many taxis had caused a strong downturn in the industry.

“ACT AllGreenCabs expect to U-turn this trend through quality vehicles, quality drivers delivering a quality ride for customers,” said Mr Johnson. “With seven taxis on the road 24/7 and another 20 coming on early in the New Year we look forward to gaining a quality customer base that chooses only AllGreenCabs.

“We have now been trialling for four months and we think we are ready to make a go of it.”

Meanwhile, the chairman of the ACT Taxi Plate Owners Association Petar Ivanovski accused the ACT government of the “theft” of people’s life savings that were invested in the pre-Uber government-issued taxi plates.

He said the return to owners was now less than one per cent a year.

CityNews - January 28, 2020
0
FIRE LATEST: the ESA late this afternoon has advised anyone in Tharwa that it is now too late to leave and to seek shelter immediately, saying "the fire may pose a threat to lives directly in its path".