NEW legislation, introduced today (August 22), will make it easier for workers to better access outstanding entitlements and wages, according to Attorney-General Gordon Ramsay.

Mr Ramsay says  the legislation will allow fair work disputes to be heard more efficiently in the ACT Magistrates Court.

“The timely, inexpensive and informal resolution of fair work matters is critical for the many Canberrans who simply cannot afford to be under paid, out of a job or subjected to unfair treatment at work,” Mr Ramsay says.

“This Bill promotes consistency in approach with the federal fair work scheme, and enables fair work matters to be dealt with alongside other employment-related litigation in the Industrial Court.”

The UnionsACT has since come out and expressed its strong support for the new laws.

UnionsACT secretary Alex White says working people in the ACT are facing a wage-theft crisis, with more than 40 per cent of businesses deciding to break one or more of the Fair Work Act requirements.

“The enormous expense and lengthy timeframes for workers to access justice have been abused by dodgy bosses to get away with stealing from their employees,” he says.

“Working people need a simpler, fairer and less expensive system that allows workers and their representatives to access justice and hold to account unscrupulous bosses who steal wages.” 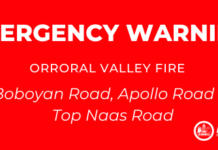