IN one hour, police fined nine people $151 for walking against the pedestrian lights at the intersection of Northbourne Avenue and Barry Drive/Cooyong Street, yesterday (August 13).

Today, police fined more than double that at the same intersection.

Acting officer in charge of traffic, Stephen Booth says crossing the road against the lights is both irresponsible and dangerous.

“We are frustrated that people are not only ignoring the signals but they are doing it in front of a highly visible police presence,” he says.

Mr Booth says police will continue to conduct the high visibility patrols throughout this week. 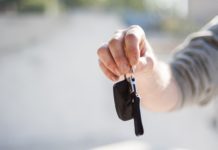