“It is the real danger of eucalypts catching fire that should force the government to remove existing gum trees from Canberran verges and to stop any future plantings,” says letter writer MICHAEL DUGGAN.

CONGRATULATIONS to “Canberra Matters” columnist Paul Costigan for his recent articles on the government’s policy on the type of street trees used in Canberra suburbs.

The government’s tree-planting policy has been driven more by ideology rather than suitability, and the administration of the policy, high-handed and obdurate.

As Paul points out, the use of gum trees in a suburban setting should be stopped on any number of grounds and I suggest these would range from aesthetics, in that some of these trees are out of scale and clash with the rest of the streetscape; the impossibility of planting low-cover plants in the vicinity of these trees, especially on your own property; the damage their roots and falling limbs can cause to private property and, particularly in the case of falling branches, to people who happen to be in the area.

However, it is the real danger of eucalypts catching fire that should force the government to remove existing gum trees from Canberran verges and to stop any future plantings.

I must confess, I have two of these “incendiary devices” in front of my house and dread the real possibility that my house will be destroyed and family killed or injured if ever these monsters catch fire.

However, getting the ACT government to get rid of these trees is well nigh impossible. Yes, they will respond to a request to remove trees on the verge, invariably in the negative, or they may send someone out to lob off some branches, but the idea of uprooting these dangerous trees seems to be an anathema.

I might add that some corporates do not share the views of the ACT government and its administrators. One insurance company specifically asks in its house-policy application if there are any trees higher than twice the house located within 20 metres of the residence.

Anyway, thanks for raising this important grassroots issue. Hopefully, the government will come to the realisation that it won’t just go away.

THE new ACT Library website is live. You have to register with a “minimum 13-character paraphrase password”.

I think ASIO would have smaller, easier password guidelines.

I feel sorry for older library users trying to use this new website.

Time to jump to the right, Jon

MEMO to Jon Stanhope: I have been following your articles in “CityNews” and I, and some others who I have spoken to, have come to realise that because of the way you actually care more about Canberra than the current mob in power – then Canberra needs you back.

If Warren Mundine and Mark Latham (who, I believe has matured and become a better politician without the constraints of the Labor Party) can cross over to the “dark side” then Jon, as a former “leftie” myself, I ask that you consider my request to join the right of politics and, if possible, bring with you Khalid Ahmed and Paul Costigan.

Jon, I believe that you would have to “cross over” because I don’t believe that, even you, could get much out of the current lot in power.

Please think about it, Jon.

Drug taking is no excuse

INCREASINGLY cases are appearing in court where an accused pleads mental illness as a mitigating factor in alleged crimes, some very serious.

Without denying sympathy for anyone with a mental problem, it would seem fundamental to justice in such cases to prove beyond reasonable doubt that the alleged offender either knew or did not know right from wrong at the time of the alleged offence.

Increasingly, offences are blamed on illicit drug use, with a rapidly growing approach that offenders under the influence of illicit drugs should either be let off, or have what would be the appropriate sentence drastically reduced.

If drug use by choice helped an offender to blot out his reasoning then surely breaking the law by choice in the taking of an illicit drug(s) should not be allowed as a mitigating factor in the commission of an alleged offence. Otherwise, law breaking is being rewarded. 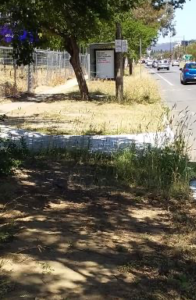 NORTHBOURNE Avenue’s government-owned nature strip in Turner has become overgrown, Mr Barr. I thought you were trying to make it inviting.

Back under your rock, Ricardo

HOW dare Ricardo Castro (‘Move out or harden up’, letters, CN, November 28) suggest that Garran locals “move the hell out” if we can’t endure helicopters and sirens 24 hours, seven days a week.

Many of us were here long before the arrival of South Care helicopters and some before the hospital.

Garran residents are being subjected to a number of poorly thought out infill projects by the ACT government to make a quick dollar to pay for other stupid ventures before being kicked out next year.

Liberal health spokesperson Vicki Dunne has described the SPIRE project as “being designed on the back of a beer coaster”!

Mr Castro should go crawl back under the rock from whence he came! 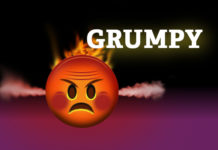