A SENIOR OMCG member was arrested at his workplace yesterday (May 22) for trafficking a commercial quantity of drugs valued at $154,000.

The Coombs man, 27, was charged with eight counts of trafficking a commercial quantity of a controlled drug (other than cannabis).

Drugs seized as part of the investigation included about 300 grams of Methylamphetamine, 30 grams of cocaine and 30 grams of MDMA.

Detective superintendent Scott Moller says anyone seeking to distribute drugs in Canberra are up against the combined resources of ACT Policing, the AFP nationally and its partners in New South Wales Police.

“It is clear this man was part of a wider criminal network which was distributing drugs both in the ACT and in surrounding regions of NSW,” he says.

“The investigation with our partners is very much ongoing and criminal networks linked to this offender in the ACT and NSW remain our focus.”

The man appeared in the ACT Magistrates Court today.

Anyone who may have any information about the sale of drugs in the ACT is asked to contact Crime Stoppers on 1800 333000, or via the Crime Stoppers ACT website. 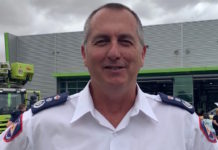 Helen Musa - February 17, 2020
0
In an unwonted outburst of harmony, Canberra's vocal performers are singing from the same song sheet – they all want opera to thrive in Canberra, writes arts editor HELEN MUSA.