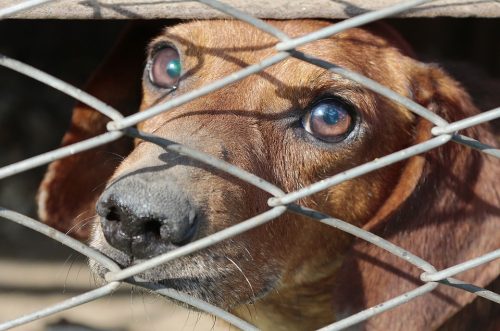 DEPUTY Opposition Leader Nicole Lawder says a bill introduced by the ACT government in the Legislative Assembly today (May 16) will turn animal-loving pet owners into criminals.

City Services Minister Chris Steel introduced the bill saying it would be an Australian first because it would recognise animals as sentient beings.

The new legislation introduces a range of new, specific offences for failing to take appropriate care of an animal. The offences range from failing to provide an animal with water or shelter through to abandoning an animal, as well as offences for hitting or kicking an animal. Penalties for cruelty and aggravated cruelty have also been toughened and ownership bans can be enforced and new powers are proposed to seize animals.

A new offence will be introduced in the Bill where a dog is confined for 24 hours without providing exercise.

“This does not apply to someone who keeps their dog in their yard, house or apartment and does not have the opportunity to walk them every day,” Mr Steel says.

“It would, however, apply in situation where a dog is tied to a pole for days on end or is kept in a cage where it cannot move.”

The legislation will also make it an offence for a person to take part in animal fighting or other violent activities, like pig-dogging, where an animal is used to torture or kill another animal.

“One of the key features of the Bill is a proportionate and enforceable regulatory framework with stronger penalties and enforcement powers,” Mr Steel says.

“Importantly, the Bill proposes an escalating enforcement framework that will allow our inspectors and the RSPCA to issue on-the-spot fines for more minor duty-of-care or cruelty offences in addition to the existing serious offences.”

Pet businesses including pet shops and boarding kennels will be required to be licenced under the new laws, six months after the Bill is passed.

“The new licencing regime will enable the Government to take further steps to stamp out illegal breeding and puppy farming and further protect animal welfare,” he says.

“Restaurants and cafes and other public premises that deny a person accompanied by an accredited assistance animal entry will face steep penalties under these new laws [too].”

Ms Lawder says the Canberra Liberals will closely examine this drastic and unjustified Greens-Labor legislation, which assumes the worst of everyday Canberra animal owners and puts them at risk of jail time.

“Currently, a person convicted of animal cruelty in the ACT will face jail time and a $15,000 fine. This is an appropriate response to abhorrent behaviour,” she says.

“What is not appropriate is for the Labor Party to change the definition of animal cruelty and dictate how often people must walk their dogs, how many dogs they walk and how they are groomed. At the bidding of the Greens, Canberrans will now face jail time and/or a $16,000 fine for driving with their dog unrestrained.

“Canberrans do not need the government to tell them how to care for their pets.”

CityNews - June 3, 2020
0
Canberra firefighters respond to more than 900 house and structure fires every year, and now, with winter items such as electric blankets and heaters being taken out of storage, firefighters urge Canberrans to be aware of the common causes of home fires.