WITH granddaughter in tow, it was off to The Abbey at Gold Creek for a new entertainment venture – a collaboration between Warehouse Circus, High Note Circus and Spectrum (the big band element of the Canberra City Band) called “Swingin’ Circus Cabaret”.

As a prelude, young attendees, with popcorn in hand, lined up for a spot of face painting and balloon twirling while jugglers and a girl on stilts wandered through the cabaret-style set up.

Another performer stopped off at random tables to demonstrate a few card tricks and to show off his Rubik’s Cube expertise.

The band was an integral part of the show and provided musical backing for all the circus acts as well as playing featured “band only” spots. Tunes ranged from “2 O’Clock Jump”, “The Lady is a Tramp” and “Isn’t She Lovely” to “Wonderwall”.

The band handled the wide variety of required styles well with the rhythm section particularly impressive. Two vocalists featured throughout the afternoon. Both relished the opportunity to have such solid backing and both made pleasing contributions.

Unfortunately, the circus acts were not of similar professional standard. None of the tricks were performed without major errors with hats, juggling sticks and other props being dropped at regular intervals. The straightjacket trick was initially quite bewildering for the children in the audience but unfortunately it could not be completed successfully. Thankfully, adult audience members were quite sympathetic towards the performers and were amused rather than annoyed.

A highlight was the performance of Canberra actor Paul Sweeny as the MC/ringmaster. He played an amiable and larger-than-life character who established excellent rapport with the audience and coped with a seeming number of confusing program order changes with easy going good humour and a happy smile.

An overly long interval was indicative of the need to structure the show with higher production values and to undertake more detailed and audience focused planning.

The circus artists are in their infancy of their performing careers. The concept of the show has merit and potential for development but the acts need to refine and advance their individual and collective competency levels before again presenting a commercial entertainment product. 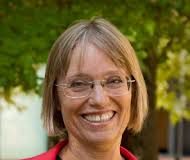