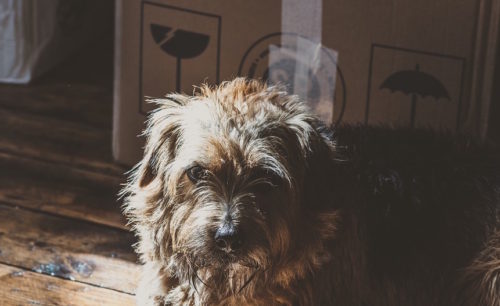 AFTER Better Renting released a report calling out a local real estate agency for being the “least pet friendly agency in the ACT”, the principal of the agency has hit back saying they were just going their job.

The report “Pet Hates: Landlord Pet Sentiment and the ‘Agent Effect’”, which analysed 10,000 rental ads from 24 of the largest lessors in the ACT to see what is available for renters with pets, stated that Badenoch Real Estate had the lowest rate of openness around pets on its ads, at zero per cent.

Badenoch Real Estate principal Heather Badenoch said it’s important that the general public realise that the agent is not the owner of the property and has no authority to make decisions on the owners behalf.

“The Agents Act is very clear that an agent must act in accordance with a client’s instructions unless it is unlawful to do so,” she said.

“All Badenoch Real Estate rental advertising clearly state consent needs to be sought from the lessor for the keeping of any pets at the premises in accordance with the latest Tenancy Act changes.”

The Better Renting review comes after changes to the ACT rental law, which, from November 1, states that landlords are no longer able to just ban pets, instead they can require consent. However, the analysis was conducted on advertisements published prior to the new laws.

The review states that, on average, 19 per cent of ads said that pets were welcome or would be considered, and recognised One Agency Sandy Morris for having the highest pet-friendly rating, at 76 per cent.

Better Renting executive director Joel Dignam says the low percentage of pet-friendly rentals makes it hard for families such as Rachael Clark’s family, to find a rental. The 49-year-old, who rents in Florey with her husband, 14-year-old daughter and two dogs, says having pets make it more difficult to find a rental home.

“Sometimes we go to an open home and there are thirty people there. As soon as you say you have dogs, you don’t have a chance. It’s difficult, especially when you are looking for a place at short notice,” she says.

“We’re now really lucky that we’ve found an understanding private landlord. I reckon private landlords are more accepting because they understand that pets are part of a family. We look after the property like it’s our home, and we’re more likely to stay there long term. It’s better for everyone.”

“The ACT government has made life easier for renters with a secure tenancy to get a pet. But the biggest problem is for people wanting to find a new home, when a bias against their pet makes it so much more difficult,” he says.

“These people may end up having to abandon their pets, or sleeping in their cars, or even remaining in an abusive situation. Minister Ramsay should look into standard application forms that prevent lessors from asking about pet ownership.”

Mr Dignam says the report shows a situation that’s bad for landlords and bad for renters.

“A lack of disclosure means that people are wasting time when applying for properties, and a blanket refusal to consider pets means that lessors are missing out on the potential for long-term, grateful tenants,” he says.

“It’s also clear that some agencies are pushing an anti-pet agenda. Landlords are open to pets, but some agencies seem to have internal policies that pets won’t be considered. This is an area where it’s actually in the interests of landlords and renters to find common ground.”