POLICE believe a man, armed with a knife, is responsible for four robberies around Tuggeranong on Saturday night (November 23). 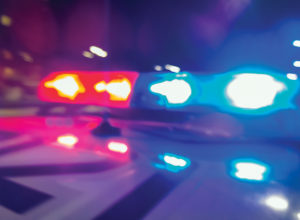 Between around 9.30pm and 11.30pm last night the reported robberies and attempted robberies occurred in Calwell, Chisholm, Erindale and Kambah. Police believe the same people were responsible.

Outside the Calwell Tavern, a man allegedly produced a knife and demanded a woman hand over her handbag. She complied with his demands.

At a carpark near the Kambah Tavern, a man allegedly tried to rob another man, however without success.

At the Vikings Chisholm club car park a woman received minor injuries and her handbag was handbag was stolen.

Police want to speak to any witnesses to any of the incidents or who have dash-cam footage of a red or maroon-coloured sedan with no rear bumper in the areas of between 9.00pm and 11.30pm.

Call 1800 333000, or via the Crime Stoppers ACT website. Information can be provided anonymously.