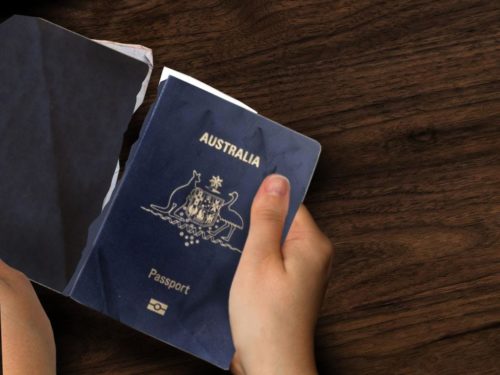 AUSTRALIAN Zaynab Sharrouf was taken by her parents to the conflict zone in the Islamic State at the age of 13. She later became a prominent IS propagandist posting messages supporting IS atrocities and the activities of her terrorist father and first husband.

Now at the age of 17, she is a widow, has two children, is pregnant and is reportedly married for a second time to another fighter.

Ms Sharrouf is one case highlighted in a new paper from ANU, which calls on the Federal Government to look closer into complex cases, such as Ms Sharrouf’s, before stripping them of their citizenship.

The paper’s author, Ms Jacinta Carroll from the ANU National Security College, says the Government must do more to communicate the complex issues involved with returning fighters, and the range of policies in place to deal with them.

“Sharrouf [for example] is both a victim and supporter of terrorism and cases like this are very legally and morally complex,” Ms Carroll says.

“While she did not independently choose to be a foreign fighter, she has been radicalised and for a time played a high-profile role supporting IS.”

Ms Carroll says public perception and official rhetoric on Australia’s approach to foreign fighters is too focused on the stripping of citizenship.

“Citizenship loss can only apply to the small proportion of Australian terrorists who are dual citizens, and can also be interpreted as shirking Australia’s responsibility both for its citizens and for bringing terrorists to justice,” she says.

The paper argues that the Federal Government must do more to build the Australian public’s understanding of the issue – or risk providing a narrative that further feeds IS’s rhetoric.

“Since the rise of IS, we now have by far more Australians heading overseas to join terrorist groups than at any other time in our history,” Ms Carroll says.

“We know from previous occasions that Australians who travel to join terrorist organisations will almost always get involved in further terrorist acts once they return to Australia.”

She says around 230 Australians have travelled to the Middle East to join IS and other Islamist terrorist groups with around 100 still in the region.

The paper, which is titled “The citizen as enemy combatant: dealing with foreign terrorist fighters”, has suggested policy recommendations such as:

The paper can be read at nsc.crawford.anu.edu.au/publication/14330/citizen-enemy-combatant-dealing-foreign-terrorist-fighters