Letter writer MURRAY MAY, of Cook, says his rates have risen “an astounding” 161 per cent or 20 per cent per annum over the past eight years. “In a low-interest environment, where does Andrew Barr think the money is coming from to pay for these outrageous increases?” he asks. 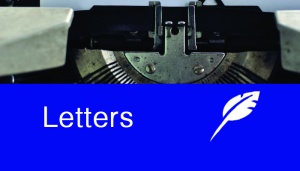 CHIEF Minister Andrew Barr accuses Opposition Leader Alistair Coe of not being upfront about his values, but is not upfront himself about the ongoing rates rises (“We’re the underdogs, says stay-put Barr”, CN, October 31).

What is the reality? Barr says: “The largest rate increases are now behind us” and “increases into the future will be smaller”. These statements are comical in what they hide.

In a paper on tax reform from the University of Canberra’s Jon Stanhope and Khalid Ahmed, they point out that general rates from 2011-12 to 2017-18 increased at a staggering compounding average annual rate of 15.3 per cent. The paper is available at: thepolicyspace.com.au/2019/18/289-heavy-lifting-on-tax-reform

Looking forward to 2022-23, the Budget forecasts have general rates increasing at an annual average rate of 8.7 per cent over 2019. Though less than the average annual rise of 15.3 per cent from earlier years, the authors consider that the rises still to come are “heavy lifting by any standard”.

From 2011-12 to 2019‑20, my rates have gone up an astounding 161 per cent or 20 per cent per annum. Further significant compounding rates rises are planned for the years ahead as flagged above.

In a low-interest environment, where does Andrew Barr think the money is coming from to pay for these outrageous increases?

Time to think about thorium

Firstly, if we don’t develop mines like Adani we are condemning 300 million Indians to a continuing life of poverty (or at best greater pollution in their country as they will use dirty brown coal instead of our top-class, cleaner black coal) as well as destroying our own economy in the process.

We cannot go back to the pre-industrial revolution days. We need to adapt and use technology to our advantage.

Michael’s article correctly stresses the need to address the crisis in the bush and I’m delighted to see him take up Michael Jeffery’s innovative and water-saving scheme for regenerative agriculture. I put this scheme to a meeting of about 250 senior ACT public servants and the Chief Minister in 2015 but have heard nothing further since.

I also believe we should listen to all opinions about climate change from any source, but narrow, ill-informed platitudes against Western democracies that are at least trying to address the issue shows Greta (and her colleagues) have little “future understanding and long-term vision”, as Michael Moore suggests she has.

The fact is, until solar energy (or wind – which kills wildlife) can be stored (batteries only last two hours maximum at present) we need to urgently explore all options and continue to use reliable baseload coal until we can safely transition. It is madness to do otherwise.

Space doesn’t allow me to mention all options, but we need to use our huge reserves of uranium and thorium for power generation, which is clean and reliable 24/7 as well as carbon neutral. Thorium does not have the problematic side issues of uranium such as high cost to develop and disposal of waste.

Also you can’t make a bomb with Thorium and the plants are much smaller, cheaper and only take one sixth of the time to build (about two years) and produce just as much, if not more energy. I would happily have one in my backyard.

Sydney train slower than 50 years ago

ACT Labor has had 18 years to do something about our appallingly slow train service to Sydney. We now have a service that takes longer to cover the distance than it did 50 years ago.

Taking more than four hours to cover 247 kilometres is considerably worse than the rail service in many Third World countries.

Time to throw out Labor and Barr and get the Liberals/Greens to commit to doing something positive about it.

The recent suggestion to move Canberra Railway Station from Kingston to Fyshwick makes little sense, even though it is five minutes closer to Sydney. The Kingston station is accessible for passengers and provides free parking – something you can bet an alternative location won’t do. This suggestion looks suspiciously like another land grab to benefit developers.

A good fast train service would allow commuting between Canberra and Sydney, boost Canberra airport and the local economy, and reduce the pressure on road travel between the two cities. Talgo, the Spanish train company, said it could do the upgrade for $100 million. It seems a no-brainer to everyone except our politicians.

FURTHER to letter writer John Hutchison (“We’ve got the trees, they need time”, CN October 24), I would like to point out that the desolate appearance of Coombs and Wright suburbs can be laid directly at the feet of the ACT government.

When the subdivision was sold up, owners were given a rebate if they “landscaped their gardens”. What the government in its wisdom didn’t make mandatory was that the landscaping should include the nature strip!

Driving around these two suburbs, it is very disappointing to see the lack of pride and care that homeowners have to make their houses attractive to the streetscape.

Given that people in the area obviously don’t “look after” their nature strips, it will be highly unlikely any trees planted by the government will survive! (ie, trees need watering and care).