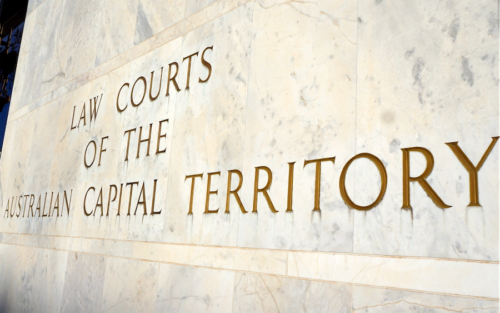 A POLICE officer was assaulted by a man at Bonner shops yesterday (October 20) afternoon.

The man, a 33-year-old, that assaulted the cop, was with a woman, 36, and another man, 41, who had all been allegedly stealing packages from residents in Casey, Nicholls and Taylor.

Police were alerted to the trio after Canberrans reported the incident, saying they were travelling in a grey Volkswagen Golf at the time.

It was at about 3.30pm when police arrested all three people, and during their arrest a police person was assaulted.

A 33-year-old man, a 36-year-old woman, and a 41-year-old man are expected to face court this morning (Wednesday, 21 October 2020) in relation to a series of property thefts in Gungahlin.

The 41-year-old man has been charged with one count of joint commission theft.

Anyone who witnessed, or who has CCTV or dash-cam footage of a grey Volkswagen Golf in the Gungahlin suburbs on the afternoon of October 20 is urged to contact Crime Stoppers on 1800 333000, or via the Crime Stoppers ACT website quoting reference number 6656125.