EMERGENCY physician David Caldicott has issued a serious warning of the potential dangers of fentanyl-related substances following recent cases of harm in Sydney and regional NSW.

The strong opioids fentanyl and acetylfentanyl (which is closely related to fentanyl) have recently been identified as likely adulterants in heroin and cocaine.

“The fentanyls are an incredibly potent group of drugs. Their unsupervised use for recreational purposes is rarely intentional and has been very clearly associated with thousands of individual deaths internationally,” he said.

Fentanyl is a strong opioid that is used for a range of health conditions, primarily for the management of severe pain. Acetylfentanyl is a similar opioid to fentanyl and has similar effects but is not used medically.

“Contaminated heroin may appear like a more potent opiate overdose, whereas contaminated cocaine could create a scenario quite different to one that might be expected by a consumer,” Dr Caldicott said.

“It is critical that the people who use drugs in our jurisdiction are aware of this warning and ensure that it is shared as widely as possible, within their community.

“The safest thing to do, if confronted by such an overdose, is to call an ambulance, and ensure that any patient can get the medical care that they need as quickly as possible.

“There will never be recriminations from first responders, or treating doctors, because seeking help is likely to be saving somebody’s life, and potentially the lives of many around them.

“If you have taken a substance and are experiencing side effects similar to those from fentanyl, call Triple Zero (‘000’) immediately or seek urgent medical attention.”

The medicine naloxone can temporarily reverse an overdose from fentanyl or other opioid drugs. Even if naloxone is used, an ambulance should still be called by phoning Triple Zero (000).

People at risk of experiencing or witnessing an opioid overdose can access naloxone and naloxone-administration training through CAHMA, Lvl 1, Shop 17, 54 Benjamin Way, Belconnen (in the Churches Centre); ph: 6253 3643. CAHMA can also provide on-the-spot testing of substances for fentanyl and take-home fentanyl-testing strips.

Anyone who has concerns about substances containing fentanyl or adverse effects from fentanyl-related substances should contact the ACT Poisons Information Centre on 13 11 26. 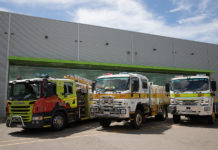 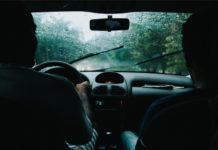 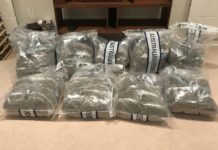