CANBERRA Avenue through Fyshwick is the ACT’s top car-crash spot, according to an analysis of insurance claims. 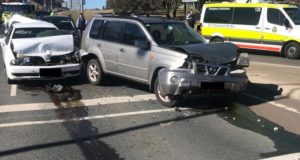 Peak-hour traffic between 1.30pm and 4.30pm on a Monday afternoon was the most dangerous, with nose-to-tail collisions accounting for 67 per cent of crashes on the busy arterial road which took out two spots in national insurer AAMI’s annual top 10, including the Griffith section at number seven.

This year’s “Crash Index” analysed 350,000 accident insurance claims across the country for the 12 months to June 30.

Spokesperson Paul Sofronoff said two of Canberra’s worst offenders made it again to the top spots.

“The top-two locations have been battling it out for the #1 spot for some time, as Canberra Avenue at Fyshwick previously held the dishonourable crown as Canberra’s worst crash hotspot for three years from 2015 to 2017 with Hume’s Monaro Highway at #2, before swapping rankings for 2018 and 2019. In 2020, Canberra Avenue, Fyshwick, has taken back the crown, but it isn’t really something for locals to celebrate,” he says.

Mr Sofronoff also lamented the six new entries to make the list this year, including arterial roads such as Drakeford Drive in Kambah and the Federal Highway at Watson.

This year’s report also found a decrease in accidents across the country during the peak of covid lockdown’s in April.

Since May, though, rates have bounced back to pre-pandemic levels in all capital cities except Melbourne, and Mr Sofronoff has warned motorists against getting complacent despite there potentially still being fewer cars on Canberra roads. 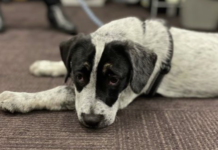 CityNews - November 30, 2020
0
The Conversation and the Economic Society of Australia asked 45 of Australia’s leading economists where they thought JobSeeker should settle, writes PETER MARTIN. Here's what they found...

The Canberra suburbs at risk of large hail