Built on paddocks and open space, Calwell Shopping Centre was established three decades ago. This is a sponsored post.

BUILT on paddocks and open space, Calwell Shopping Centre was established three decades ago, before the majority of Tuggeranong Valley’s surrounding suburbs were developed.

Now, Arthur Tsoulias, whose family business Tsoulias Group owns the centre, says the centre is a bustling, friendly shopping centre, with all the conveniences, shops and services that people regularly need in the one easy location, and with free parking.

“We have [more than] 22 retailers, including a car wash,” says Arthur.

His grandfather Nick and father Con bought and developed the site more than 30 years ago, and Arthur says a number of the retailers have been at the centre since day one.

The relationship between the centre, the retailers and customers is what is important and special about Calwell Shopping Centre, he says.

“We pride ourselves on our strong partnerships with our tenants and knowing a lot of the shoppers, either by name or face,” says Arthur, who loves having a “cuppa” from Coffee On The Go most mornings before starting his day at the centre office.

Arthur’s been part of the family-run centre since its beginning, too, and recalls, as a teenager, helping Con do some labour work after school when the centre was being built.

“We have seen people grow as much as we have!” he says.

“I think that the customers like seeing the owners here on a daily basis and know that we shop here, too. Anything they need, we are here to help.”

IN a first for Calwell Shopping Centre, Arthur is excited to launch its “Shop and Win” promotion, where the winner of the top prize will take home a Hyundai Venue car.

It’s also the first time a new Hyundai Venue model has launched in the ACT, he says.

The car will be supplied by Lennock Motors and the promotion will run for more than six months.

Arthur says the family is always keen to support the local community and has run Christmas prize draws, markets and other initiatives in the past.

After the bushfires and COVID-19 he says they wanted to do something special to say ‘thank you’ to the locals.

“It’s been a tough year for people and we want to thank people for shopping at Calwell and supporting us and our tenants over the years,” he says.

To be eligible for the draw, Arthur says shoppers need to spend $20 or more. The winner of the Hyundai Venue will be drawn in six months and there will also be gift voucher prizes drawn each week over this time, he says.

Building on family legacy in Calwell

THE Tsoulias family has proudly been involved in the building industry in the ACT for more than 60 years, spanning three generations.

Arthur’s father, Con, came to Queanbeyan as a small child when his father, Nick, moved his young family from Greece in 1951.

A carpenter and builder by trade, Nick was involved with building a huge number of residential buildings in Canberra, and later with Con by his side, the father-son duo went into the commercial property business.

In the 1980s Con successfully made a bid for the site of the Calwell Shopping Centre and service station. The centre was officially opened in 1991.

Now, Arthur and Con work together and continue the legacy of the family business. They say they’re excited to celebrate 30 years of the Calwell Shopping Centre, thanks to the local community and their tenants.

Bustling, friendly and convenient, says Arthur, with shops and services including:

• Coffee On The Go 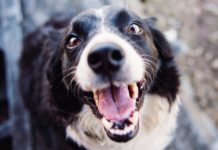 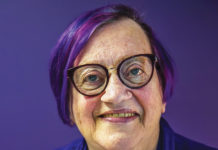