CHIEF Minister Andrew Barr has acknowledged that Canberra has been poorly served by petrol retailers and that the territory is paying some of the highest prices in Australia. 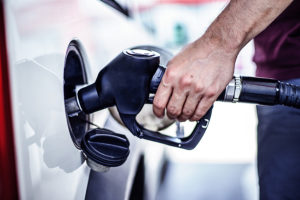 Believing he is on the cusp of driving down prices, the Chief Minister has been testing to see if the pen is mightier than the petrol bowser by encouraging smaller operators to set up in the ACT – a strategy, largely failed, that stretches back to when Gary Humphries was fair trading minister in 1995.

On the tail of two inquiries into the ACT fuel market last year – the widely dismissed Legislative Assembly inquiry and another by the Independent Competition and Regulatory Commission – he is moving to, he says, “increase competition and improve fuel price transparency in the ACT”.

How? By going out of town and writing to independent retailers who operate in NSW in December to encourage them to enter the ACT market.

“New retailers have already set up in the ACT and we have already commenced discussions with several more,” he says.

“The government is also investigating mandatory, real-time fuel price reporting, which could be delivered by the NSW FuelCheck scheme incorporating ACT service stations. I have written to the NSW Premier to seek her agreement, which would help Canberrans decide where to buy petrol and keep retailers honest.

“The government will also commission ongoing analysis and reporting on the ACT fuel market to increase transparency and place a continuing eye on fuel prices in the territory.”