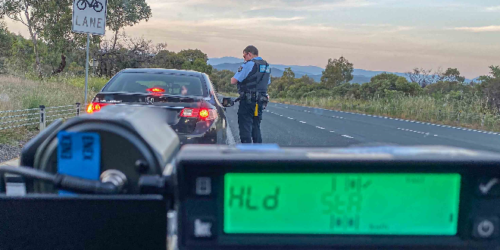 Also on Horse Park Drive, but in Bonner, a Moncrieff woman, aged 29, was caught driving 81km/h in a 60km/h zone in a Toyota Seca.

Over the two days, police say the combined total of the fines issued was $5428, and a total of 34 demerit points were issued.

Superintendent of road policing and planning Corey Heldon says anyone who wishes to report areas where they believe speeding drivers are a regular problem is urged to do so by contacting Crime Stoppers ACT via the website.