LIVE performances are gradually creeping back, albeit with restricted audience numbers and care being taken to spread out those attending.

This was the first performance of the Limestone Consort since July, and only the second since February, and the pleasure in getting and playing to an audience was showing.

The concert was of German and Italian music of the baroque, all short sonatas of 10 minutes or so with a variety of instrumentation. There was some nervousness about tuning on a warm day with period-appropriate gut strings on the bowed instruments and some last minute re-tuning of the harpsichord, but everything worked with some occasional tweaking along the way. The opening notes of the first work, a Sinfonia by Johann Fasch, were strong and confident and it went on solidly from there.

The strings were joined by Jennifer Brian’s keyless baroque flute for two sonatas, by Handel and Quantz. The flute blended well with the violin, though lacking a little in definition in the lower register. Brian’s playing was more confident in the sonata in G major by Quantz, a highly regarded flute player of his time.

The remaining three works, by Telemann, Isabella Leonarda and Giuseppe Brescianello were always entertaining, though the fiddles seemed to get a little tired by the last piece, with some inaccurate intonation creeping in.

The cello playing of Clara Teniswood was assured throughout and provided a firm base for the other strings and the flute to work from. The harpsichord was less obvious, perhaps minimised by some tuning vagaries, and Porteous seemed to have a look of concern on his face most of the time.

The Vivaldi motet, “Nulla in Mundo Pax Sincera”, was a fine way to finish the concert. Greta Caringbould’s voice has a lovely warm quality to it, and works delightfully with the baroque leaps and jumps of the ornamented vocal lines of charming work. Singers always seem to smile after singing this, as it is a bit of a showpiece for vocal gymnastics, and I imagine there’s a certain satisfaction in pulling it off.

Overall, a satisfying concert with the scale of the music admirably suited to the neo-Gothic beauty of All Saints church. 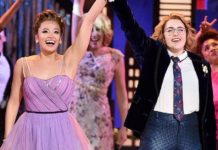 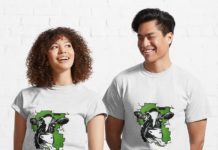