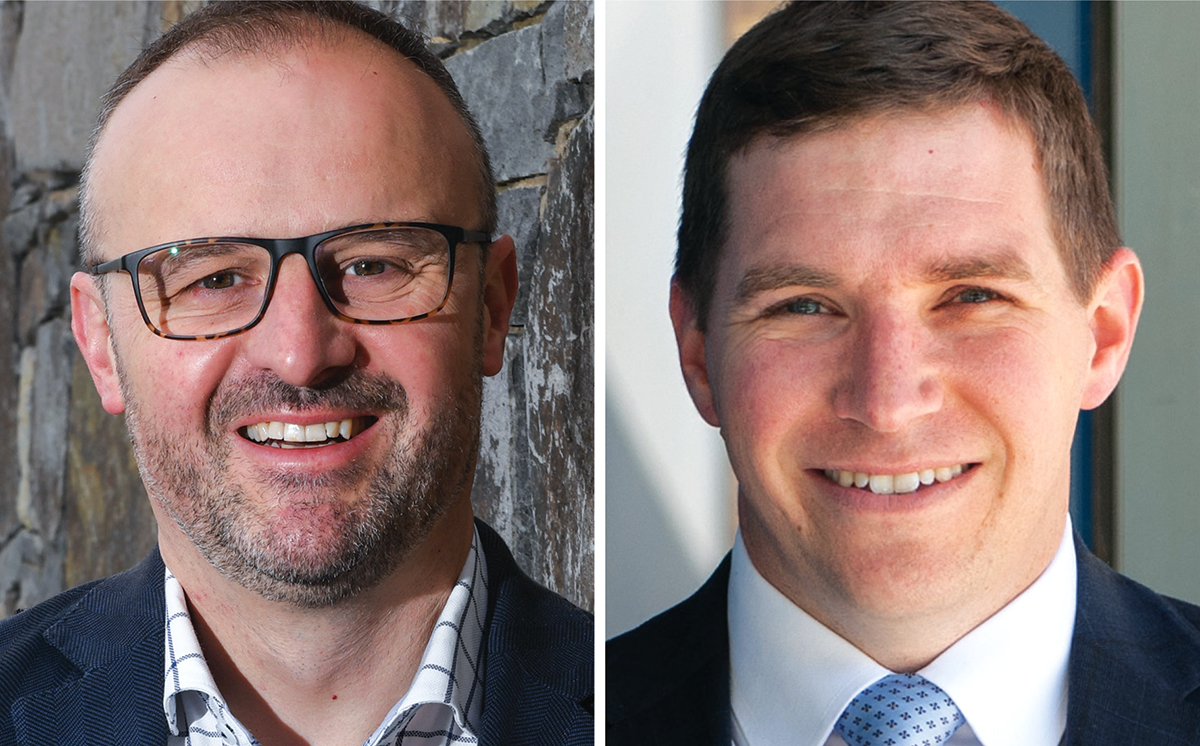 This year’s ACT election won’t look like any other. Parties have a big task ahead persuading undecided voters they have what it takes to lead through a changed environment. Indeed, heading to the ballot box may look entirely different too, says “CityNews” political reporter BELINDA STRAHORN.

CANBERRA’S first covid campaign trail may be proving a test with candidates in the ACT’s upcoming election swapping handshakes and baby kisses for hand sanitiser and a 1.5-metre rule.

Few experts are prepared to predict the outcome, in what should be a closely fought election. A win for the Liberals would be a major coup. And it is possible.

Many are equally running a close eye over Labor’s 19-year long rule in the territory, and Andrew Barr’s half a decade reign as Chief Minister.

As election day looms, here’s everything you need to know about the contest.

Canberrans will choose who they want to manage the Territory when the polls open on October 17.

You can apply for a postal vote now, on-line at elections.act.gov.au but don’t expect to see a ballot paper until late September.

Polling booths will open from 8am and close at 6pm on voting day.

WHAT ABOUT DA RONA?

If the Eden-Monaro by-election is anything to go by, more Canberrans may opt for early voting. The ACT Electoral Commission has hinted at expanding pre-poll, offering electronic voting for Canberrans overseas and allowing phone voting for the vulnerable… watch this space.

What you can expect at polling booths are truckloads of hand sanitiser, small armies of election staff wiping down surfaces and cartons of supplied pencils – it might be wise to bring your own.

WHAT ELSE IS DIFFERENT?

There’s been a fair bit of suburb shuffling between seats since the last election. Yarralumla and Deakin have moved from the seat of Kurrajong to Murrumbidgee. Evatt, Mackellar and Lawson shuffle out of Yerrabi, and into Ginninderra.

Ginninderra now includes all Belconnen suburbs except Giralang and Kaleen, which are in Yerrabi.

Kambah has been split east and west down Drakeford Drive, with Kambah East going to Murrumbidgee, and the rest of Kambah going to Brindabella. Betting odds have the boundary redistribution favouring the Liberals.

CHALLENGERS ARE YOU READY?

Claiming victory in the Territory is no mean feat, and politically the stakes are high this time around. October’s poll will decide if Labor is returned in coalition with the Greens for a record sixth term, or if the Liberals can loosen Labor’s grip on the territory by winning seats from Labor and the Greens in order to form government.

Each of the five electorates – Yerrabi, Brindabella, Ginninderra, Murrumbidgee and Kurrajong – will elect five members under the Hare-Clark system, where parties are required to meet a quota of votes in order for candidates to be elected.

Here’s a fun fact: The six ACT Hare-Clark elections have elected 102 MLAs, but only 14 achieved a quota in their own right. Of those, 11 were party leaders.

Coe, a conservative has sat in the Assembly for more than a decade yet spent his whole political career in opposition. He became party leader when moderate Jeremy Hanson was dumped after the 2016 territory election.

The 35-year-old father of two is concentrating on bread and butter issues – rates, transport and trees – to break Labor’s long-standing domination in ACT politics. He’s certain that Labor’s hip-pocket-hurting policies are not what Canberrans want.

HISTORY HASN’T BEEN KIND TO THE LIBS

History has not been on the Liberals’ side having endured five consecutive election defeats and never forming a majority government in the ACT. Labor has done it only once, meaning the mission to hold a majority is not impossible, it’s just not easy.

Coe, who is confident he can win and form majority, must convince a centre to centre-left-leaning ACT electorate that the Canberra Liberals have the know-how to lead, after almost 20 years out of power.

As it stands the Liberals currently hold 11 seats – three in Brindabella, two in each of the rest. Picking up two extra seats in Murrumbidgee and Yerrabi is Coe’s best means of achieving a majority.

Here’s a fun fact: Self-proclaimed “can do” Chief Minister Kate Carnell led the Liberals to victory in 1995 and 1998 taking the largest vote in both elections and forming a minority government, with the help of independents.

WILL THE INCUMBENCY EFFECT HELP LABOR?

Labor is hoping to be returned for a historic sixth term. It’s held power since 2001 and Chief Minister Andrew Barr, Australia’s first openly gay government leader, has ruled since late 2014.

As the party edges towards decade number three in power, will Canberrans decide “it’s time” to end Labor’s long run and usher in a new generation of Liberal leadership to govern the ACT.

Or perhaps this is a case of the incumbency effect, once someone assumes a position of power, it can be very hard to move them. Time will tell whether voter patience has worn thin with the Barr administration.

If the Barr government’s social policies are its strengths – LGBTIQ rights and a nation-leading climate change policy – then an overstrained hospital system, bungled bus services, high taxes and that big, fat Budget deficit are its failures and could lessen the likelihood of a win.

But in a time when presence is everything, Labor will claim they have the experience to lead in a crisis, given its front-and-centre performance during the recent bushfires and coronavirus pandemic.

Labor will also highlight the territory’s good run of economic growth. Canberra has enjoyed the lowest unemployment rate in the country, the most job vacancies and rapid population growth, but these advantages take on new meaning given the economic snowstorm we are facing.

BUT WAIT… THE GREENS!

The other major party is the Greens, led by Shane Rattenbury, who has a seat in cabinet. The ACT Greens have held the balance of power in the Assembly since the 2008 election.

Hare-Clark grants the ACT Greens direct access to power-sharing arrangements with the major parties. Many progressive Canberrans hoped the Greens would be an effective partner in coalition with Labor, looking to secure greater transparency in the decision making process. General verdict? Fail.

The Greens have worked effectively with the Liberals in the past, but it’s unlikely they will back the Canberra Liberals to form a minority government.

Here’s a fun fact: Greens MLA Caroline Le Couteur isn’t re-contesting the seat of Murrumbidgee, wagers are the Canberra Liberals could pick up a third seat there.

SOD THE MAJOR PARTIES…WHO ELSE IS RUNNING?

While many see this as just another Tweedle-Dee Tweedle-Dum election between Liberal and Labor – it’s worth remembering there are independent and minor party candidates vying for seats in the ACT Assembly.

The Animal Justice Party, the Belco Party – headed by ex-Liberal Party opposition leader Bill Stefaniak, the Canberra Progressives, the Liberal Democrats, the Shooters, Fishers and Farmers, Sustainable Australia, the Community Action Party and the Flux Party are all throwing their hat in the ring… wait a minute… what the Flux? According to its website, Flux claims to be Australia’s most transparent political party. It’s point of difference is allowing members to vote on legislation via the Flux app.

The Australian Climate Change Justice Party, the Australian Federation Party Australian Capital Territory, David Pollard Independent, The Canberra Party and the Democratic Labour Party (DLP) have lodged applications to register as political parties and may field candidates in some seats.

Here’s a fun fact: Meow-Ludo Meow-Meow, most well-known for surgically implanting an Opal chip in his hand, ran in last year’s NSW election as a Flux party candidate for the seat of Willoughby. So now you know, the Flux.

PARTY PROMISES IN A FEW LINES…

Labor’s pledged to freeze rates for the coming year, reform the ACTION bus network and release more land if they win government.

And the Greens under an ambiguous four-word slogan “Building a better normal” are pledging to plant more trees in Canberra, end homelessness, lead a cycling revolution and implement a “Gender-led Recovery Package” to support female public servants through COVID-19, which includes a short working week, work-at-home options and more free childhood education for three-year-olds.

Of course, all of this depends on who is elected in October.

No one could foresee a 2020 like this. It’s tricky to predict who will seize victory come October.

Each party has its own challenges, made harder in a changed world. The Liberals have a few short months left to persuade the public that Labor has passed its sell-by date. They will need to work hard to wrangle leadership prospects away from Labor. Labor will need to use everything in its power to prove they are the safest and more skilled option to lead in unpredictable times. One thing’s for sure, the race to form the next territory government will be worth watching.