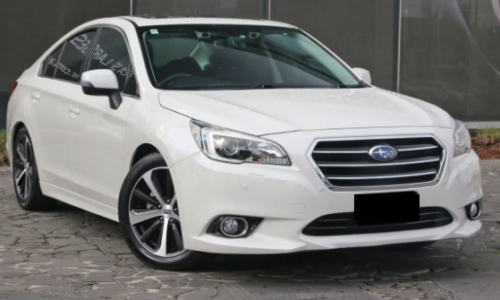 UPDATE/ 7PM: Police this evening reported that the 15-month-old child had been located safe and well. The vehicle had been found and the man was assisting police.

A BABY is believed to be in a stolen Subaru Liberty last seen in Kambah today (February 19).

A man, 35, stole the white 2016 Subaru Liberty with NSW registration CK26UP, and is believed to be the father of the 15-month-old who is inside.

The car was seen in Kambah about 1pm.

The man is described as Caucasian, 175cm (5’9”) tall, with a medium build, brown hair, and tattoos on his forearms.

The child was last seen wearing a purple t-shirt with a rainbow and sun on the front and three-quarter length pants with smiley face suns on them.

Police have concerns for the child’s safety and are seeking to locate the child, her father and the vehicle.

If you have any information please immediately call police operations on 131 444.