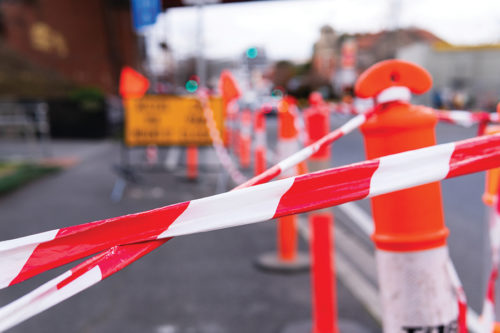 THE Queanbeyan-Palerang Regional Council is asking for the community to be patient as it fixes fire and flood-damaged roads in the region.

The council is particularly focused on fixing Araluen Road (between Araluen Village and the QPRC boundary), Cooma Road (south of Jinden), Nerriga Road and Monga Lane, with some estimated to take about six to 12 weeks to fix.

Works on Araluen Road, which is fire and flood affected, is expected to take six to eight weeks to complete.

The council says crews continue to remove dangerous fire damaged vegetation from the roadsides and Transport NSW will be working to have the pavement made safe again after the floods washed it away.

Fire effected Cooma Road is expected to have crews removing dangerous fire damaged vegetation from the roadsides, too. This will take about four to six weeks. The road is currently open to local traffic only.

Works on Nerriga Road, which is fire and flood affected, will take two to four weeks, says the council. The Charleyong bridge is currently closed to all traffic. Transport NSW are working to have the new concrete bridge open to traffic ahead of schedule. Detours are currently in place, using Charleys Forest Road or Oallen Road routes.

“It is understood that the new concrete bridge will be open to traffic within the coming weeks,” the council says.

Lyons Bridge on Monga Lane has suffered substantial structural damage due to the volume of heavy vehicles responding to the fire activities in the area. The bridge has been closed to all traffic. Detours are in place and affected residents being notified. This bridge will be assessed as part of the natural disaster funding and be replaced with a concrete bridge structure. These works will take eight to 12 weeks to be completed.

All motorists are urged to drive to the conditions of the road, says the council.

Michael Moore - May 27, 2020
0
"The overall evidence coming from NAPLAN results should be an embarrassment to this government. Toughing it out and making excuses will not help ACT school students," says political columnist MICHAEL MOORE.