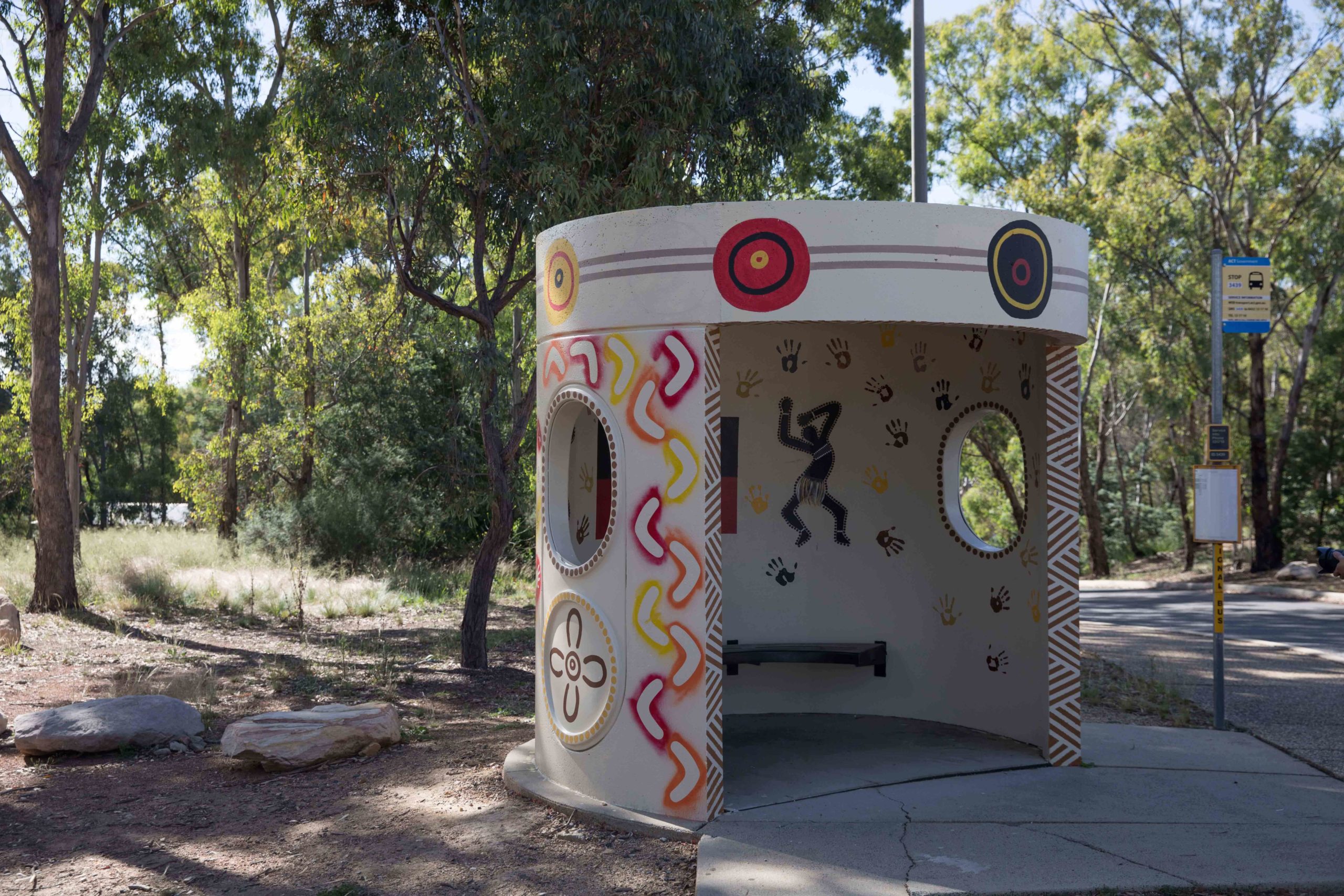 STUDENTS at CIT in Bruce are reconnecting with the Ngunnawal tradition by redesigning something that’s iconically Canberra – two of its old concrete bus stops.

Two of the cylindrical bus shelters on Vowels Crescent underwent a redesign over the past few weeks, bringing together about 10 students in a cross-disciplinary, cross-cultural project.

The new designs, which reflect Aboriginal and Torres Strait Islander traditions, better reflect the diversity of the CIT campus, say staff, who hope it will also spark a conversation.

Cyndy Newman, who teaches at the Yurauna Aboriginal and Torres Strait Islander Educational Centre at CIT, which designed the new shelters, says: “Bringing communities together is really important, especially the indigenous and non-indigenous people of the ACT.

“We’ve had so many people walking past and asking questions. I think it’s brought more of an understanding to non-indigenous people, especially, and incorporating the two and bringing them together.”

Inside the shelter, the walls are adorned with the images of spirit people that look after travellers, as well as the students’ hand prints, he says.

Community development student Emma Ulrich, who helped execute the project, says the shelters are a great chance to bring to the light the talent of students on Ngunnawal land, but also shared the feelings of her teachers.

“People walking past – even if they don’t know what the symbols mean – they’re going to show some interest and learn something about it,” she says.

Troy added: “Maybe they will ask some questions and we’ll be able to fill them in.”

Robert Macklin - January 26, 2021
1
"So what, we may ask, has Margaret Court done between 2007 and 2021 to deserve such a grandiloquent gesture from Scotty, aside from publicly pursuing the strictures of his fellow Pentecostal beliefs," asks "The Gadfly" columnist ROBERT MACKLIN.