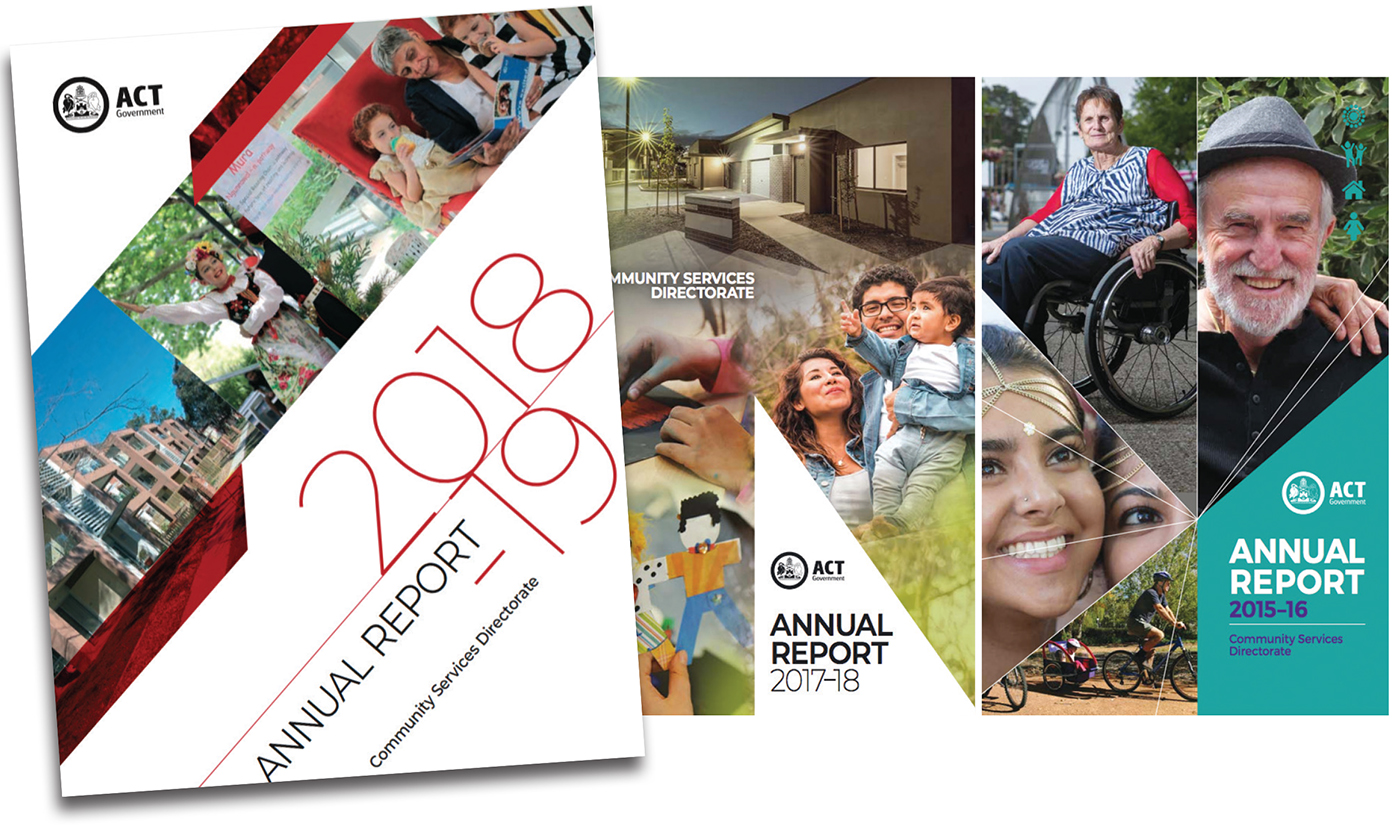 ALMOST $190 million worth of contracts were awarded without competitive tender by the ACT Community Services Directorate in its most recent year of public reporting.

In the 2018/19 financial year, almost 91 per cent of its procurement contract budget, worth more than $208 million, was awarded without the directorate going to the open market for tender.

The directorate let 94 contracts, worth almost $190 million, exempt from tender. None of this is illegal nor breaches the directorate’s nor the government’s circular on procurement nor the “Government Procurement Regulation 2007” legislation.

The legislation tender requirements say that anything under $25,000 only needs one quote and doesn’t need to go through a tender process (it doesn’t even make it to the annual report); anything above $25,000 and up to $200,000 needs at least three written quotes before a contract is awarded and anything above $200,000 goes to an open tender, where multiple applicants can apply for the contract.

However, the CSD annual report lists 71 contracts above $200,000 as being passed through without competitive tender. That’s more than half of all contracts from that year.

Taxpayers would expect government departments to practice the usual cornerstones of public-sector procurement, such as openness to competition.

But according to procurement policy guidelines and the legislation, the CSD can override such competitiveness, and do it as often as it likes.

“They seem to be confused about how to apply the policy, the particular purchasing policy, which admittedly gives a huge amount of scope for exemptions in the first place.

“I would think that the ACT is probably a little bit more careless. We’ve had the one government, one party in power for 20 years now and I think they’re not put under too much pressure to perform, particularly when it comes to administrative stuff.

“If you’re extending your garage, you’ll probably get more quotes than they seem to.”

However, a CSD spokesperson says the department has not been found to be in breach when scrutinised at the Assembly’s annual report hearings, which is a financial audit and not a performance audit.

The spokesperson says the regulation supports the legislation, which allows single select tenders where criteria, such as ethical behaviour, probity and management risk, are met.

“The majority of the contracts falling within this category relate to programs where existing contracts were extended for an additional term in accordance with Procurement Guidelines and approved by the ACT Government Procurement Board,” she says.

“Other single select tenders were let in accordance with tender requirements.”

It makes sense until something called the “Procurement Policy Circular” is taken into consideration.

This contradicts the online government procurement advice page stating that a select tender needs a number of quotes.

If this is also the case, then why does the 2018/19 CSD report label 12 select contracts as not being exempt?

Confused yet? It gets worse.

The directorate’s annual report and the actual contracts are riddled with inconsistencies, with many contracts stating “yes” (exempt) on the report but then saying “no” (not exempt) on the publicly accessible contract documents.

The CSD spokesperson admits there is room for human error, saying: “The process does require manual entry and it is possible for human error within this, however, every care is taken and any errors are rectified as soon as they are observed.”

But, if the contracts are right and the report is wrong, then it again goes against the government’s policy, which states that a procurement shouldn’t be labelled as select or single select if it doesn’t need an exemption.

The more surprising contracts, according to honorary professor of Public Policy at ANU and former Public Service commissioner Andrew Podger, is the number of single select procurements of services that aren’t community-based, particularly consulting services.

“I would expect these to be subject to select or open tender except in limited cases, eg where the expertise required is not available from other companies or where the consultancy is a follow-on from previous quality work,” he says, of the 17 consultancy tenders that were single select.

And again, there are inconsistencies between the report and the contracts, with the report, in some cases, stating it’s a “consultancy” service, and then on the contract it says “non-consultancy”.

There are anomalies all over the place, says Dr Stewart.

“A group of contracts in this category that caught my eye went to a consulting firm. This firm came up with a CSD industry strategy, and then evaluated their own strategy,” she says.

“Even when a consultant has sold the public service on the idea of doing this particular job, it’s not really good practice to have the same company evaluating the project that they had performed.”

She says the ACT procurement policy allows for normal tendering processes to be bypassed where “value for money” can be demonstrated, and in practice, this allows a lot of leeway.

There are other questionable contracts, too. One security company, for example, was given a $143,434 contract, leaving “CityNews” to ask why a security company, out of more than 30 in the ACT (according to the Yellow Pages alone) was specifically chosen to be exempt from competitive tender for this contract?

“I would say laziness and administrative convenience, rather than incompetence or corruption led to the poor practices we see in the report.”

“The procurement of this tender has met the necessary guidelines for a single select tender process,” says the CSD spokesperson, who sent through the contract to “CityNews” after it initially came up as “page not found” when clicking through to the contract.

This contract is, again, inconsistent with the report, which says it’s “yes”, exempt, and the contract says “no”, not exempt.

Reporting inconsistencies don’t seem new, and after taking a quick look through the CSD annual reports from 2015-16 and 2012-13, and a more in-depth look into the 2018-19 report, Dr Stewart says: “My impression is they are trying to regularise a very untidy scene.”

“I would say laziness and administrative convenience, rather than incompetence or corruption led to the poor practices we see in the report,” Jenny says.

“Over time, though, there is certainly a danger, that some of these relationships may become too cosy and could certainly lead to a perception of corruption. The department needs to tighten up the way it interprets and implements its ‘value-for-money’ policy in procurement.

“The [CSD] procurement policy document allows plenty of outs [letting the directorate] get away with not going to tender.

“It’s astonishingly broad. It’s a policy document that’s written not to actually control or modify behaviour but simply to reflect what they already do and make it sound not too bad.

“That’s why it says all the things you would expect about openness to competition and all those excellent and good things, but then it says if it’s value for money, as determined by a public servant, it can be [exempt from those excellent other things]. It’s not a very rigorous policy document.”

A former head of government procurement, who wishes to remain anonymous, also believes that the report shows laziness, however, says determining the motivation for the action is difficult without a performance audit.

“Incompetence, an inadequate understanding of the procurement legislation, laziness, dishonesty, workplace stress to perform to tight deadlines and an individual drive to demonstrate efficient performance are all possible motives,” the former public servant says.

“It seems that corners have been cut, with what appears on the surface to be little justification, to achieve other objectives that are generally legitimate, but sometimes not so. How can the community be satisfied that it has received best value for money?

“In the past few years, criminal procurement fraud cases have been prosecuted in Victoria, NSW, Queensland and the Commonwealth in areas such as education, emergency services and IT, so it is unrealistic to expect that the ACT would be exempt from such behaviour.

“As with most systems involving the expenditure of public money, and procurement in the ACT would be over $1 billion a year, fraud is at the edges and in the shadows. Sloppy processes, however, enhance the opportunities for misuse of public money. Monitoring is essential to keep the system functioning well.

“Importantly, even when there is no corruption, unless contract services are competitively tested when there are several suppliers, it is generally the case that the government will be paying more for its services.”

A small number of contracts – 20 – according to the report, went to tender, including 12 select contracts, seven quotation contracts and 11 public contracts.

But overall, one has to question why large contracts are being given to consultants. And, most importantly, what’s with all the inconsistencies?

“It is procurement that caused the public health breakdown in Victoria,” Jenny says.

“It is so important, but because all of the movers and shakers think it is ‘boringville’ and the province of people who can’t do policy, then it just goes under the radar until suddenly, nearly all the things that can go wrong, go wrong in procurement.”