“I know many Canberrans feel the ACT government focuses too much on Gungahlin. In a lot of respects, though, Gungahlin is still playing catch up to the rest of Canberra when it comes to infrastructure and community facilities,” says EDDIE WILLIAMS.

I WAS sitting on my own in a gutter, eating a pie from the Mitchell Caltex, wondering what on earth I had done with my life.

That was me on the day I moved to Canberra.

It was a wet Friday in April, 2014. I’d booked two nights at a motel and was banking on my ability to find a more permanent home very quickly.

After visiting my new workplace in Mitchell, I had arranged to see two prospective share houses that evening, both just up the road in Franklin. There was a bit of time in between visiting each house, so I figured I’d grab something to eat.

So there I am, walking the streets of Franklin in search of food, crossing the roundabout into Mitchell, wandering past the cemetery, and eventually finding that only one eatery was open – the servo! Moving to the ACT was starting to seem like a mistake.

Anyway, I had my pie and wandered back to the next share house, which I moved into two days later. I still live in Franklin, albeit in a different share house. And it’s been interesting to watch the growth of the suburb, and the wider Gungahlin area, over the past six years.

Franklin and Harrison were basically dormitories when I arrived in 2014. People slept there and that was about it. Aside from the Harrison School and the Franklin Early Childhood School, the suburbs were purely full of homes, with not a shop or restaurant in sight.

How things have changed. Franklin now boasts a supermarket, café, Indian grocer, GP, chemist, hairdresser, Singaporean restaurant and two takeaways. On the other side of the tracks, Harrison has its own dentist, Thai restaurant and Indian restaurant. And don’t forget the drones!

The growth of the Gungahlin Town Centre is plain to see, too – in the past six years, the swimming pool has opened, Eastlake Gungahlin has arrived, and the Marketplace has undergone a significant expansion, with more to come.

The more established Gungahlin suburb of Amaroo has recently added an Aldi to its local shops. New businesses have also opened in Mitchell, including a second petrol station (I might have to try one of their pies).

The region’s population was one of the fastest growing in the country even before light rail, and the tram has surely accelerated its development.

I know many Canberrans feel the ACT government focuses too much on Gungahlin. In a lot of respects, though, Gungahlin is still playing catch up to the rest of Canberra when it comes to infrastructure and community facilities (admittedly, with the exception of light rail). Major roads have only recently been duplicated, the cinema is still coming soon, the police station could use an upgrade and the variety of shops is tiny compared to what you find in other town centres. And like much of the ACT, there’s a shortage of sporting facilities, particularly for indoor sports.

Unfortunately, all is not necessarily well in the town centre. Two eateries on Hibberson Street have been vacant for about 12 months and the Intersport store on Gribble Street has closed its doors permanently, citing the impact of the coronavirus – or as they described it in an email to customers, “a result of recent events”.

So, what will it all look like in another six years? Is Gungahlin out of the gutter, or is it starting to get cold and soggy in the rain? With Yerrabi set to be a key seat in the upcoming ACT election, let’s hope we see candidates putting forward their visions for the Gungahlin of the future.

Eddie Williams is an award winning producer at 2CC. 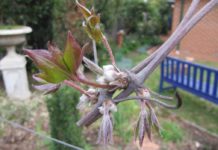 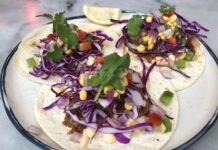