THERE are five more new cases of coronavirus, but still no evidence of community transmission in the ACT. 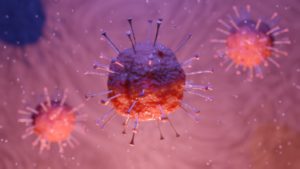 ACT Health is logging the territory’s total today (April 1) at 84, with eight people having recovered from COVID-19 and released from self-isolation.

It reports that the new cases consist of three men and two women, aged between 27 and 79. Four of the new cases are linked to overseas travel, including on cruise ships, and one is a close contact of a previous confirmed case.

One case is still under investigation by ACT Health and one person has died..

There remains no evidence of community transmission in the ACT.

There are nine COVID-19 patients in Canberra hospitals. The rest are isolating at home with ACT Health support.

There have been 4774 negative COVID-19 tests in the ACT to date.

After further testing, another of the ACT’s previously confirmed cases has been determined to not have COVID-19 and has been removed from the ACT’s total. As a result, the total for the ACT has only increased by four today despite recording five new confirmed cases.

In cases where the indeterminate tests indicate it is more likely to be positive than not, the individual has been classified as a confirmed case until further testing can provide a more definitive result. As with other confirmed cases, thorough contact tracing is undertaken.

Michelle Grattan - May 26, 2020
0
Speaker Tony Smith has announced July 4 for the byelection in the Labor NSW seat of Eden-Monaro, which will be the first electoral test between Scott Morrison and Anthony Albanese, writes political columnist MICHELLE GRATTAN.