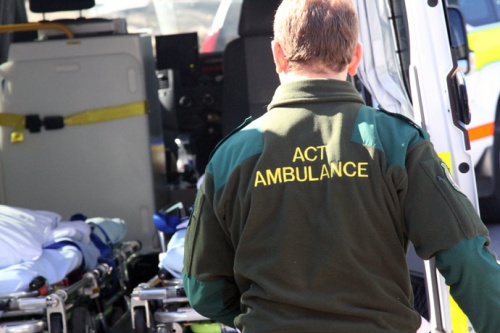 TWO people are in hospital after a head-on crash in Hawker this morning (October 12).

The two cars collided at about 7.30am on William Hovell Drive, when a northbound sedan entered the southbound lane where it crashed head-on with an SUV.

The drivers, a man and a woman, were both trapped in their vehicles for more than an hour before ACT Fire & Rescue could free them. ACT Ambulance Service intensive care paramedics transported both drivers to the Canberra Hospital under police escort with critical injuries.

“I encourage anyone with any information that may help this investigation to make contact with police so we can work out exactly what happened.”

Police would especially like to speak to the driver of a black 4WD/SUV that was travelling southbound on William Hovell Drive and narrowly avoided the collision. This person potentially holds vital information that police believe could assist their investigation, and is urged to contact Crime Stoppers.

Anyone who witnessed the crash is urged to contact Crime Stoppers on 1800 333000, or via the Crime Stoppers ACT website quoting reference number 6645619.