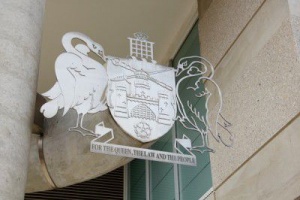 POLICE are “astonished” that someone wasn’t seriously injured or killed after they caught a man driving more than seven times over the legal blood alcohol limit early this morning (September 17).

Officers were conducting mobile patrols in Hughes when they observed a white Toyota Corolla sedan, driven by a 37-year-old Wanniassa man, allegedly fail to stop at a stop sign at the intersection of Denison Street and Carruthers Street.

Police stopped the car and the man underwent a roadside alcohol screening test which returned a positive result. He was then taken to Woden Police Station where where he returned a blood alcohol content of 0.351.

The driver was served with a 90-day Immediate Suspension Notice. He was also charged with drink driving, failing to stop at an intersection and breaching bail.

Officer in charge of Woden Police Station, detective acting inspector Chris Ball was baffled by the irresponsible nature of the driver’s behaviour.

“I can’t understand what goes through someone’s head thinking it’s okay to operate a motor vehicle under the influence of alcohol, particularly at the level of intoxication of this driver,” inspector Ball said.

“It is astonishing that someone hasn’t been seriously injured or killed due to this driver’s incredibly stupid decisions.”

The man will face charges at the ACT Magistrates Court.

Cedric Bryant - October 24, 2020
0
Gardening writer CEDRIC BRYANT says the promise of spring rain is setting the season up as the best in several years.