“THESE damning figures reflect directly on my management and my team, and today the senior leadership group has done the right thing and resigned.”

Now there’s a quote you’ll never hear from Canberra Health Services CEO Bernadette McDonald, who shamelessly batted away a thundering repudiation by staff of her management group in an organisation-wide survey.

Here are some of the headline numbers from more than 4000 hospital staff (a very high response rate and 57 per cent of the total staff):

What’s going on Bernadette, this is ultimately the community’s welfare at play here?

“This is actually a very positive story in terms of the information that we’ve gained,” she’s quoted as saying. Actually, it isn’t.

“We’re not where we want to be.

EVERYONE has a story and it would be a crying shame if the palliative care Life Stories program was allowed to die for lack of funding. Unfortunately, that’s the outlook by month’s end says Julie Elliott, general manager of Palliative Care ACT.

The program gives people with a life-limiting illness (including children) the opportunity to tell their life stories to trained volunteers, who have recorded more than 50 life stories of people facing death, from a 12-year-old to a 96-year-old over the past two years. The end result is shared with loved ones.

Julie, who was talking to me on 2CC’s “CityNews Sunday Roast” program (10am-noon), is grateful for the $40,000 from Suncorp to get Life Stories started. But the money runs out in a matter of weeks.

She’s read a few and described the stories as “amazing”. While there haven’t been any confessions of crime, she is surprised what some people choose to include. One grandad blush-makingly recorded explicit details of his honeymoon. When asked by the transcriber if he really wanted that in the written transcript, the answer was “absolutely”!

IS it just me (it’s me), but what’s with the ACT Greens, a demonstrable part of the government for only eight years now, whinging about the failure to plant enough trees in Canberra?

Here’s outgoing MLA Caroline Le Couteur: “The ACT Greens have again called on the government to demonstrate its commitment to urgent action at a time of climate emergency, by planting many thousands more trees.”

The government has promised 17,000 new trees over four years, but she goes on to say the last report on this issue, from seven years ago, showed that 40,000 trees were needed to fill the gaps and replace dying trees.

“The Greens expect that this number would be much higher now.” she says. You’re in the tent, Caroline, so fix it!

THE Canberra Raiders inaugural coach and life member Don Furner Sr has died following a long battle with illness. He was 87. Raiders chairman Dr Allan Hawke paid tribute: “Don Furner Sr was a fundamental piece of the architecture in putting our club together. He distinguished himself as a player, an exemplary coach and then as an administrator.” 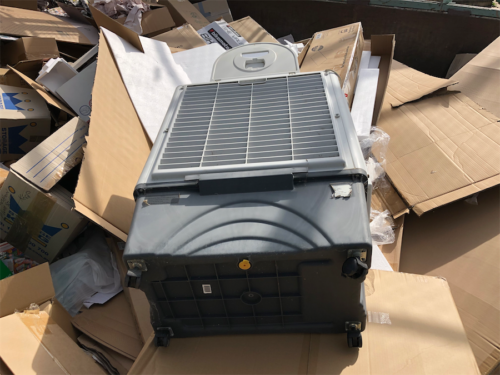 SUMMER’S over and what better time than to get rid of the old air cooler. And what better place to dump it than in the cardboard and paper cage at the Mitchell recycling centre (pictured). Seriously? I hope the CCTV snapped the clown who selfishly made it an unnecessary problem for someone else.

SEVENTY is the new 60 through the speed limits around the road resealing works on Gungahlin Drive this week.

THE spooky, reclusive Australian Signals Directorate wrote this past week to correct something we’d published. The email was from Kelli, just Kelli. Which got me wondering if Kelli Noname even exists.