“A recent analysis by the Grattan Institute showed the ACT had the lowest rate of coronavirus stimulus spending in Australia – despite Canberra recording one of the nation’s highest falls in jobs across June and July,” writes GYWN REES.

JOSH Frydenberg has publicly declared small and medium-sized businesses the “engine room of the Australian economy”, but the ACT government’s approach to investment in job creation suggests it does not share the Treasurer’s esteem for the private sector’s contribution.

The COVID-19 pandemic has decimated the national and state and territory budgets and left millions of Australians underemployed or out of work.

As jurisdictions battle back from this precipice, they are doing so by firing up the small and medium-sized business engine room through a range of initiatives.

Unlike its counterparts around the country, the ACT has demonstrated a reluctance to support the private sector.

In fact, a recent analysis by the Grattan Institute showed the ACT had the lowest rate of coronavirus stimulus spending in Australia – despite Canberra recording one of the nation’s highest falls in jobs across June and July this year.

When confronted with this finding, Chief Minister Andrew Barr pointed to the ACT’s high rates of public-sector employment as a reason. This seems well in line with the government’s history when it comes to investing in the “easy” creation of public-service jobs over supporting the private sector.

Between 2012 and 2018, the ACT government expanded the ACT public service (FTEs) from 17,196 employees to 21,792 employees. This was a leap two times larger than what Canberra’s population actually increased.

This additional burden, assuming the average ACT public servant earns $96,816, must add to the ACT government’s annual wage bill and cost taxpayers some $450 million a year.

While perhaps a safe tactic when it comes to employment figures, the rewards in terms of economic and jobs growth are limited. It would be more strategically savvy to use that money to support development of the private sector as other states and territories have been so quick to do.

The ACT government cannot create wealth, its money comes primarily from taxes that have increased at many times inflation in recent years and as recently outlined by the NAB Business report titled “Supporting Economic Recovery. What we can do for Small Business”, by looking to the public sector instead of the private, our taxes are now the highest in the nation.

This puts the ACT amongst the least business-friendly jurisdictions. According to the study by AlphaBeta, the ACT sits behind only Tasmania and the NT as the nation’s least favourable jurisdiction in which to start a business and is also in third last place when it comes to growing a business.

Rather than creating more public service jobs, which will cost the ACT taxpayer and businesses more, consideration must be given to tax concessions for business and workers in order to actually assist Canberra’s economic recovery.

Even the Australian Small Business and Family Enterprise Ombudsman has recommended the ACT should strive to have the lowest payroll tax in the country to boost local businesses.

Tax cuts, particularly for people on low or middle incomes stimulates the economy by leading to increased spending. This would be a practical economic policy as we work our way out of a covid recession as it will help every household and family.

In turn, they will patronise our local businesses, including shops, restaurants, bars, clubs and cafes, helping them get back on their feet and hire more workers to meet the increased demand.

What we have presently is a two-speed covid job crisis, one where there appears to be greater emphasis by our government on public sector employment, rather than a focus on jobs in the private sector, particularly noted by our slower easing of restrictions than every other Australian state or territory, with the exception of Victoria. This must change, and change quickly if we are to address the ACT’s job loss numbers.

Jobs in the private sector are equally important. These workers, particularly those in retail and the accommodation and food services sector have been hardest hit.

As the urgency of the battle against the health-care challenge that is COVID-19 has hopefully eased in the ACT, it is time to turn our collective minds to restoring the health of our economy and the jobs of those workers most acutely affected by this crisis. 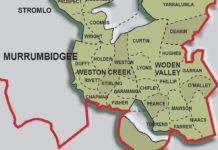