THEATRE director Ray Omodei has died. He was 84.

One of Australian theatre’s literate and most influential directors, Omodei died at Rosewood Care in Leederville, WA, last week after complications from aphasic Alzheimer’s.

In his heyday he was famous in the East and the West for his striking productions of the classics, whether Sophocles, Shakespeare,  Restoration high comedy, 20th century Irish drama, Patrick White and Chekhov.

But in Canberra he was best-known for his hit commercial production of “Shirley Valentine” starring Amanda Muggleton and for his work at the ACT Curriculum Research and Development Centre.

With a penchant for tight psychological work, Omodei was sought-after by female performers, notably Muggleton and Angela Punch, (later Punch-McGregor) whose first professional engagement was as Pegeen Mike in his production of Synge’s “The Playboy of the Western World” for the Old Tote Theatre in 1973.

The illness which eventfully cut him short was the worst possible fate for a brilliant raconteur and wit – “it was like having Oscar Wilde in the room” – one friend said.  After colleagues started to notice a marked deterioration in his capacity to form sentences and complete his witty epigrams, it was to the verbal classics that he was to turn.

In early March, 2018, I attended his production of Congreve’s “The Way of the World”, at Guildford’s Garrick Theatre, his fourth staging of the play. The presentation was of impeccable quality, all the more extraordinary considering his worsening condition, but, supported around the clock by a team of willing friends and carers, he came through with flying colours.

Omodei’s life was entirely devoted to the theatre and by the time of his illness he had staged more than 200 productions.

The eldest child of Helen and Ray Omodei, he grew up in Wiluna, once home to the biggest gold mine in WA, but when gold ran out, his family left the town and settled in in Kalgoorlie, where from the early 1950s he acted, danced and directed with the Goldfields Repertory Club.

He then trained as a school teacher in Graylands Teachers College, Perth, while throwing himself into roles with university and amateur companies in Perth. In 1968 he moved to London for three years, founding a theatre company there.

His east-coast career, working with his long-time collaborator Jake Newby, included a stint as artistic director of the Australian Theatre for Young People, a teaching position at the University of Newcastle and from 1977-78 the artistic directorship of the inaugural Armidale Project, a regional theatre initiative.

In Sydney he met up with old WA colleagues such as the playwright Dorothy Hewett, whose notorious “Bon Bons and Roses for Dolly” he had directed in Perth during 1972, as well as Katharine Brisbane and Philip Parsons, who had founded Currency Press, and with them immersed himself in the burgeoning Sydney theatre scene of the 1970s.

In that year he was named Citizen of WA for his contribution to the arts, culture and entertainment.

Omodei’s latter years were spent teaching theatre and staging independent productions like “A Long Day’s Journey into Night” at the Subiaco Theatre Centre in 2004 with Angela Punch-McGregor as Mary Tyrone. He emerged in 2011 to become director-in-residence for the 80th anniversary celebrations of the Goldfields Repertory Club.

Omodei was a larger-than-life personality. He combined the flamboyance of his paternal Italian heritage with the canny financial caution inherited from his mother’s side in a remarkably comfortable career for a theatre practitioner. He lived grandly in Perth in a mansion in Leederville, in a Georgian residence in in North Perth and finally in an apartment with breathtaking views of the Swan River, dispensing Veuve Clicquot, clever words, Italian opera and his famous spaghetti vongole with equal aplomb.

A voracious reader and documenter of theatre, his collection of theatrical material now rests with the Museum of Performing Arts.

Omodei is survived by his siblings Cathy, Mont and Vincent. A private funeral will take place on April 15. 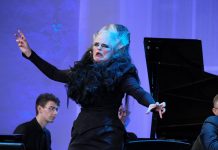 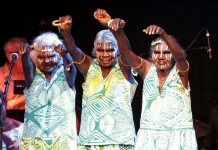 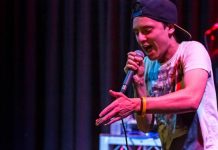 CityNews - May 5, 2021
0
Traffic is heavy heading westbound on Canberra Avenue, Fyshwick, following a car accident this morning (May 5).