TWO weeks of free accommodation in the five-star Intercontinental Hotel in Macquarie Street, Sydney; how bad could that be?

One “mustn’t-grumble” Australian couple who made it back from the UK the first morning of the federal government’s compulsory quarantining of anyone arriving in Australia after midnight on Saturday (March 28) are trying to make the most of it.

They are philosophical and accepting, but at day three the food and its delivery is testing them.

Here’s a glimpse inside a quarantine “prison”:

They rang this morning to say breakfast was delivered – but it wasn’t! Called them and they sent it up. It was good: 1/2 tomato, peas and corn with scrambled egg, small bread roll, nice orange juice and a small croissant w butter and jam.

Hoping for some fresh veggies later today. After a few calls we finally got the info page; not very helpful re getting supplies in.

We are washing cups and spoons (2) with shampoo. Only one chair at desk so I’m still in bed eating and reading and watching back-to-back SBS cooking while phoning and using computer.

Lunch was broccoli with rice and three large chips and a bread roll/butter, plus apple. That’s a lot of starch! I was dying for a biscuit with my cuppa this afternoon.

Still no communication with the outside although W has phoned for his prescription; nothing delivered yet.

Don’t know if or when we might be able to order in some supplies like toothpaste, chocolate, biscuits, chips and alcohol. And prunes/nuts cos with few veggies/roughage, constipation will be a concern! Late afternoon W’s prescription was delivered by two nurses in full gear and a police officer.

6.45pm I checked to see if dinner had been left (same time it was left last night) but no. No phone call came to say dinner was delivered; W looked at 7pm and it had been. A container of fried rice plus bread roll and butter, water, apple.

Because we sent that beef and rice back last night they seem to think we’re vegetarian now. Pity the vegetarians if that’s all they got, too. Tiny bit of chopped up carrot with a very small amount of peas and corn, bits of sweetened egg in the rice and overcooked so that the rice at the sides of the plastic container were dried out and hard.

W called 7.10pm (lines full, he’s in a queue); they’ll send a different meal (the non-vegie one) – we asked for just one. Nutritionally, we only need bread once a day… 7.30pm no meal. We called three more times about 30 minutes apart and each time they said the meal was coming.

It’s now 9pm and still nothing. Arrived 9.15 – one spaghetti bolognaise, one Thai beef and rice! Both lukewarm. We shared the spaghetti, which was good and threw the other away as we can’t give it back. Still no vegetables. Quite depressing.

We found out the meals are coming from outside, already cooked/heated, not in the hotel kitchen. No wonder they’re lukewarm. It’s a worry with rice and meat, bacteria wise. I know they’re doing their best but it needs improvement. And we need treats to keep us cheerful! 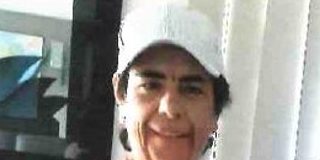 CityNews - May 19, 2020
0
Police report that after two calls for public help, missing woman Elizabeth Boljevac has been found this afternoon.