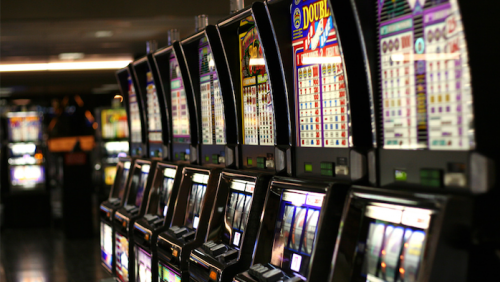 “Every week that passes the clubs are collectively losing around $5 million in revenue and, by failing to match NSW, the ACT government is preventing the 2000 employees of Canberra’s clubs from getting back to work,” writes ClubsACT CEO GWYN REES.

THE fact that the ACT is a stand-alone territory has, thankfully, helped protect our community during the COVID pandemic. But as restrictions are lifted across the country, the ACT government cannot afford to forget that Canberra is an island within NSW.

The Chief Minister has recognised this, saying: “As a territory within NSW, it would be impossible for the ACT to have different arrangements than those in our surrounding region”.

Despite this, Canberra’s recovery plan is now out of step with NSW and it is costing our city millions of dollars and potentially thousands of jobs – not just in clubs and pubs but also in their supply chains; the butcher, the baker, the candlestick-maker…

Last week a supplier representative who services Canberra licensed venues (and who is also a friend), called to ask whether I knew if we would follow the easing of restrictions in NSW.

I had to tell him we were not. The rep, who I will call John, is on a partial stand-down with reduced pay, as are other members of his team. He is a Canberran, his personal circumstances are challenging, he has children and the sooner things get back to normal, the sooner he can receive full wages. I appreciate his story isn’t unique.

So, what are the differences between NSW and ACT?

TABs and gaming are also permitted to operate in NSW clubs and pubs, reopening to the public over the weekend.

In the ACT, under our easing of restrictions roadmap, we are only able to have 20 patrons, alcohol can only be purchased with food, and the operation of gaming will not be considered until the middle of July.

This week, the carparks of clubs and pubs in Queanbeyan will fill with ACT licence plates, as many Canberrans take a short drive to enjoy the higher occupancy and the more complete services. These are patrons who will be lost to local hospitality businesses for at least the next six weeks or perhaps longer if Chief Minister Andrew Barr persists with his plan to delay resumption of business compared with what NSW is doing – despite our being an island in that state.

Every week that passes the clubs are collectively losing around $5 million in revenue and by failing to match NSW, the ACT government is preventing the 2000 employees of Canberra’s clubs from getting back to work. More broadly, the cost of this delay will have a serious effect on community, sporting and charitable groups – where we estimate a loss of between $3 and $4 million in community contributions from clubs over the coming year.

The ACT Chief Health Officer must explain why touching a poker machine is more dangerous than getting a massage, sharing video games in an amusement arcade, operating a self-serve terminal in a supermarket, using an ATM or using gym equipment in an environment where people perspire.

If NSW Health and its government were satisfied with a plan put forward by clubs, a plan that was reviewed and endorsed by an infectious-diseases expert, it’s hard to understand why we are being treated differently. ACT clubs are proposing the same plan.

How is it that two CHO’s have a different view of what is safe for club and pub patrons?

As American TV physicist Julius Sumner Miller famously used to ask: “Why is it so?”

If there is a sound reason for the ACT to differ from NSW and put local jobs at risk, we need to have that reason explained and defended publicly by the ACT CHO or the government – somebody needs to.

Gwyn Rees is the CEO of ClubsACT