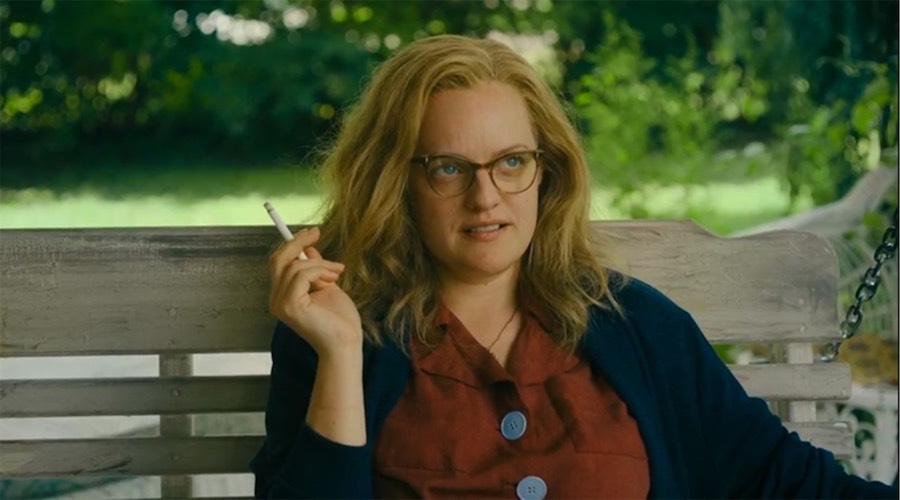 THE screenplay by Sarah Gubbins and Susan Scarf Merrell for director Josephine Decker’s mystery drama turns out to be a homage to horror and mystery novelist Shirley Jackson, who may have by now faded from the memories of all but her most devoted aficionados.

The Hymans offer free board and lodging to Fred and Rose in exchange for Rose helping Stanley’s wife Shirley around the house. Not quite what she expected but, oh well, might as well agree.

Wrestling with writing her new horror novel, Shirley scents that Rose is already pregnant but hasn’t told Fred, a secret that Shirley is quick to betray.

This takes up the early part of the film, preparing Rose (and us) for its main purpose. Which is to watch Shirley’s prickly response toward her new protégé – nasty, selfish, abusive and unkind.

As we get to know Shirley better, the film radiates a strong suggestion that she sees Rose as worth grooming as a sexual partner.

Shirley and Stanley verge on being alcoholics. She abuses him as fiercely and as wittily as she abuses most other people. But as the film’s end approaches, it rather suggests that it may be a beat-up that Shirley and Stanley have tried on other occasions with other young women

Elisabeth Moss, whom we recently saw on ABC Channel 20 in “Top Of The Lake”, does the character proud. “Shirley” provides Ms Moss with bravura opportunities for bullying her new victim.

Decker’s film takes some trouble to persuade us that it’s set in the middle of last century, in Bennington where Jackson took her degree and died in 1965. The screenplay is strong enough to carry the story without side-bars telling 21st century audiences who she was. But the well-enough performed piece doesn’t persuade us that it or the real Shirley are all that relevant today.

Revealed: the backroom faces in fight for your vote

Belinda Strahorn - September 15, 2020
1
The election involves more than just the public faces who grace corflutes. Much of the grunt work is falls to anonymous, in-house party hacks, elders and campaign strategists. “CityNews” sat down with two of the backroom operatives who sit alongside Barr and Coe in the fight for votes.