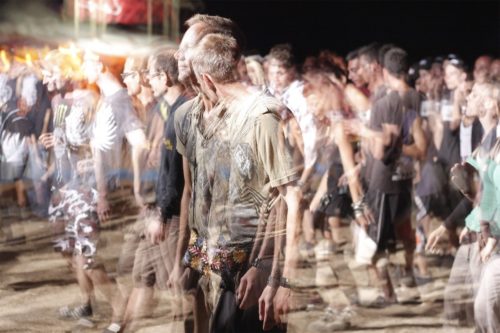 In this opinion piece, ClubsACT CEO GWYN REES traces the ACT's population drift to the onset of high government taxes.

THE ACT economy has been relatively sheltered from the global ups and downs of the past few decades thanks to a few key factors, including our substantial public sector employment and growing population.

As the ACT government likes to tell us, between the 2011 and 2016 census, Canberra led the nation when it came to population growth. Four years on, and in year no one could have anticipated, this once strong brace has well and truly been kicked out from under our economic foundation.

It is estimated that by 2022, about 51 per cent of the ACT’s growth in population will be achieved through natural increase (births minus deaths), 46 per cent due to overseas migration and interstate migration will make up the rest.

The problem is that each of these pillars has weakened since the 2016 census. According to Australian Bureau of Statistics figures released late 2019, the number of births in the ACT fell by almost 13 per cent in 2018 and our fertility rate was the lowest in Australia at 1.55 births per woman.

We had negative interstate migration last year and it doesn’t take a data scientist to deduce that overseas migration has taken a massive hit in 2020. The Commonwealth government expects net overseas migration will reach just 35,000 in 2020-21 and it needs to be over 160,000 to maintain GDP per capital growth.

What all of this means is that the ACT government can no longer rely on population growth to stimulate economic activity and it needs to pull other levers.

The question is which levers will it choose?

Population growth has been vital to all our local businesses; it generates customers for shops, services and restaurants and housing and construction demand; and increases the pool of ratepayers contributing to the government coffers.

And our Chief Minister knows this well, speaking in the Assembly in 2017, he emphasised “…that population growth is contributing to our cities economic growth”. Going on to detail that “…over 26,000 local businesses benefit from a larger customer base.”

Without this growth, is the easy fix for government to tax all ACT residents and businesses more – just when they are doing it hardest.

Charging the remaining few simply increases cost of living and reduces the capacity of families to spend locally, further harming ACT businesses, and acts as a deterrent to those who might move here and boost our population. We are also seeing the impact this kind of high-charging regime has. Over 4000 more people left the ACT in 2019 than in 2012, which is when the new rate system kicked off.

Taxing something more, can also mean you get less. This isn’t an unfamiliar concept for governments; for example, they tax liquor and tobacco more because they want people to drink and smoke less. Conversely, if a government wants people to do more of something, they incentivise it by offering rebates or interest-free loans on the purchase of solar panels or grants on the purchase of a first home.

Right now, our population pie is shrinking and taxing our way back to economic prosperity is a risk when there is less to share. We need a new, innovative recipe for economic growth or we risk our local businesses and residents going very hungry.

There is a big difference between correlation and causation. As someone from a movement that only believes the first concept can never be linked to the second one, I would of thought that would be clearly understood.