Canberra Progressives candidate for Yerrabi Mike Stelzig wants to put ethics back into politics, deliver evidenced-based policies and empower Canberrans. This is a sponsored post.

DESCRIBING himself as a new breed of politician (although he finds the word “politician” offensive), Canberra Progressives’ candidate for Yerrabi, Mike Stelzig, wants to put ethics back into politics, deliver evidenced-based policies and empower Canberrans.

“As the saying goes: ‘democracy happens every four years’. In between that time the government can do whatever they like,” says Mike, inspired by the Swiss model of “direct democracy”.

He would also like the ACT to adopt the Irish system of a “citizens’ assembly”, which would be representative of the people, and would guide the government’s decision making.

The married father of two from Ngunnawal believes that democracy needs to happen every day and that elected officials are essentially employees of the people.

“When I returned to live in Canberra from Germany in 1989, I was shocked that no one seemed to be as engaged and interested in politics as people were in Germany,” he says.

“I saw the decisions that politicians were making on a federal, state and territory level [and thought they] were bizarre and unrealistic.”

Mike, a public servant, has held auditing and policy roles in the Commonwealth and ACT government, and says he’s experienced first hand the number of problems facing Canberrans, which should be prioritised, such as a shortage of hospital beds and medical specialists, a shortfall of public housing units, and the over-development that has destroyed large areas of the ACT.

He says his interactions with the current government and MLAs have been unsatisfactory, with a number of his letters and requests for meetings being unanswered.

“Many politicians don’t care about the people, they care about kudos and their own reputation [but] I promise I will be there for people and I will work for the electorate,” says Mike, whose policy agenda includes building two new hospitals in Gungahlin and Tuggeranong, expanding the Gungahlin police station and changing development laws.

“We (Canberra Progressives) believe that there needs to be a logical and strict hierarchy as to how funds are dispersed to address the gaping human needs of our community. The light rail, at this point in time is unnecessary, we instead need to get the priorities right”.

With 1600 homeless people and a lack of 3000 public housing units, Mike’s appalled that $650 million was spent on the light rail, and believes that human needs must be met before spending on tourist attractions.

“I wish I could dismantle and get a refund for the light rail,” says Mike who has seen the impact that the reduction in bus routes has had, particularly for older people.

He proposes that a free shuttle bus network be created that eldery people can call to be picked up from their home, to connect to their nearest light rail stop.

“My motto is: ‘If you vote the same, you get the same.’ After every election people complain about politicians, but in the end, we voted for them. There are a lot of minor parties and independents who are worthy of being elected and could form a better government,” he says.

Mike says politicians should be limited to serving only two terms as an accumulation of power, vested interests and apathy can grow, if left unchecked.

He believes the development laws in Canberra need to be changed to give people a say, rather than the “ticking and flicking” that occurs with planning decisions, which also gives too much power to the planning minister.

“There needs to be a proper system which is thoroughly vetted. We are becoming a concrete capital and we need to have experts in sustainable planning advise us as to how our suburbs should look, rather than developers who only want to maximise their yield,” he says.

“The government is destroying our whole ecosystem by giving developers free rein in destroying native flora and fauna. Once gone, it won’t come back.”

Mike says he thinks outside of established boxes and has solutions to problems, which is why he urges Canberrans to stop putting the major parties first.

“Put your preferred independent candidate first to make sure we don’t get more of the same,” he says. 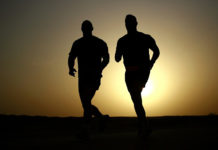 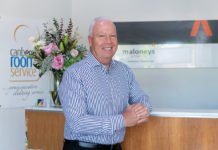 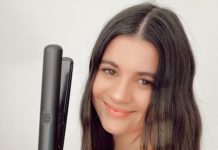