The old adage, “it takes a village to raise a child”, has never been truer than in these trying times, says Matthew Hutchison, of Marist College. This is a sponsored post.

THE old adage, “it takes a village to raise a child”, has never been truer than in these trying times, says Matthew Hutchison, of Marist College.

“For parents looking to prepare their children for their various roles in life, finding that village, whether at home or at school, is absolutely imperative,” says the boys’ school headmaster.

“Boys, in particular, need a supportive environment that celebrates them, finds them worthy of interest and provides mentors and leaders as role models.

“They are always searching for clues for manhood and it is critical that they have good and diverse examples to emulate.”

For more than 50 years Marist College Canberra has partnered with parents to create fine young men, ready for the roles that await them beyond the school gates, says Matthew.

“A rich tradition of academic excellence, pastoral care from dedicated teachers and support staff, and a supportive learning environment accompanies boys on their journey from boyhood to manhood,” he says.

“Preparing boys for their roles in life takes time, care, and a deep understanding of each individual boy. An old Irish proverb goes, ‘we live in the shelter of each other’.

“It’s a splendid image that represents us as a community that deeply cares for the boys in our care, our staff and parent community. Together, we create fine young men.”

“My relationships with fellow students left a lasting impression on me,” says Eugene, director at Pichelmann Custom Building.

“Marist breeds a comradery I have rarely recognised elsewhere in society and I remember this sense of mateship being easy to find there.

“Marist’s emphasis on community and social aspects of life helped me find my confidence to push through my comfort zones.

“In Year 12, I was put in charge of putting on the industrial arts end-of-year function with two other classmates to showcase everything that had been built that year. I remember being amazed that a student could be given this much freedom over a school event.”

Eugene, a self-professed introvert, believes Marist’s emphasis on leadership and social interaction is put to good use at Pichelmann Custom Building, where he works with clients, subcontractors, and employees to build some of Canberra’s most spectacular homes.

Greg, a chartered accountant, entrepreneur and charity fundraiser, appreciated the Marist mindset that encourages boys to create impactful relationships inside the school as well as in the community.

“My time at Marist developed the core principles that guide my social and professional interactions and my sense
of connectivity with family and community,” he says.

Greg wears many hats; apart from his chartered accounting work, his portfolio includes two hospitality venues (XO and Morning Glory) and a cosmetics company (Infamous Gentleman). One hat he is proud to wear, though, is that of charity fundraiser; he has helped raise more than $3 million in funds since 2006.

“I maintain strong ties to the Canberra business community and various philanthropic causes both locally and nationally,” he says.

This “heart for others” mindset is a treasured part of the Marist philosophy.

Headmaster Matthew says: “We not only seek to form young men of genuine values who will not only simply fit into the world, but who will seek to make a difference to it by the quality of the lives they lead.

“We want to create the best conditions to allow boys to nourish their spiritual lives and form a relationship with Jesus who we hope will be a great companion on their journey.”

Gene, a solicitor at Snedden, Hall and Gallop, appreciates how Marist builds faith into the fabric of the school.

“Faith at Marist is more than about attending mass, as important as that is,” he says.

“Youth Ministry, for example, connected me with church and service activities well after school. This is important for ongoing formation, which shouldn’t wind up just because ‘school is over’.”

Apart from creating a caring and compassionate environment that inspires boys to commit to their faith, justice and the wellbeing of others, Marist’s culture of high expectations and quality of teaching challenges boys to be intellectually ambitious and fiercely independent.

When Gene was at Marist, he was a member of the Youth Ministry team and the football club, but also participated in debates and mock trials, which he says gave him confidence for a career in law.

“My favourite classes put me in good stead for the academic rigours of university,” he says.

“The classes were interactive and there was a genuine exchange of ideas between the teacher and students, rather than just a lecture from one end. This created an engaging and encouraging classroom dynamic, raising the standards of the entire class.”

Apart from academic activities, this trio of old boys enjoyed sports – soccer for Gene, basketball for Greg, rugby for Eugene – and a range of other activities that enabled them to discover and then pursue their talents and interests in a safe and nurturing environment.

“Marist really does cater to everyone equally well,” Eugene says. “Whether they’re athletes, academics, artists, or those who haven’t quite found their purpose yet.”

Gene agrees. “Marist strives to celebrate every boy for who they are while trying to ensure they can be the best version of themselves each day.”

“In my experience, the Marist environment is a powerful way to set up your kids for a genuinely fulfilling adolescence and young adulthood,” Greg says.

“It’s about building foundational relationships between your peers and working together to help each other and help the community.” 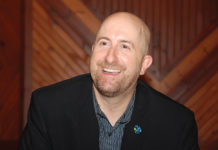 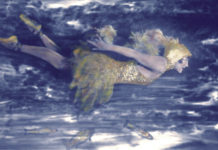 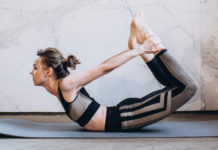 Fuel prices expected to fall in the ACT