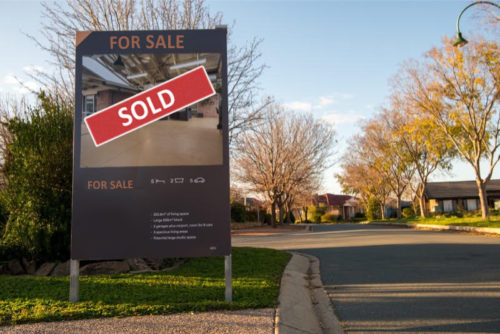 DURING a time when home values are decreasing in major cities like Sydney, Canberra’s home prices have hit a record high, according to a new report.

The “McGrath Report 2021”, which is an analysis by founder John McGrath, shows median house prices in Canberra have increased by 7.4 per cent in the 2019/20 financial year, reaching a record high in September.

This increase saw median house prices rise to $723,634, and apartment values saw an increase of 2.1 per cent, bringing the average price to $444,181, according to CoreLogic, a property analytics provider.

Meanwhile, the report shows Sydney home values have fallen by -1.6 per cent in the September quarter.

John McGrath says Canberra’s housing market continues to grow because of its robust economy and its position of being covid-free during much of the pandemic.

“Canberra remains better placed economically to weather the virus, with fewer job losses per capita due to 32 per cent of locals working in hospitals and government,” Mr McGrath says.

Home loan applications in March increased by 1.1 per cent in the ACT, the only of any state or territory to see an increase as national averages slumped to their lowest since 2001, says the report.

“This was due to ongoing strong demand from first home buyers and upgraders,” Mr McGrath says.

Strong demand has driven up values, according to Mcgrath, who singled out limited land releases for home builders and first home buyers looking beyond apartments as driving demand.

As for where to buy, Mr McGrath’s top picks for the region include four of Canberra’s more established suburbs, and one of the ACT’s newer suburbs.

Praising its food, culture and post-war dwellings, Mr McGrath singles out inner north’s Ainslie for its vibrant local flavour, Yarralumla for its “immaculately” maintained walking and bicycle paths, Chifley, in Woden Valley, for its proximity to the upgraded Westfield centre and the arterial Tuggeranong Parkway, and Narrabundah, which was highlighted as the beneficiary of a fast-tracked covid recovery plan focusing on suburban renewal projects.

Bonner, meanwhile, is one of the only newer suburbs to make Mr McGrath’s list. He praised the suburb for its proximity to shops and its scenery of Mulligans Flats Nature Reserve.

While this report is good news for homeowners and homebuyers, the news isn’t so good for renters, with the report revealing that rental averages have risen by 1.8 per cent since October.

Canberra’s rental market continues to be the nation’s most expensive, the report shows.

Michelle Grattan - November 20, 2020
0
For many Australians, looking back on a history of war heroism, it will be hard to take in what the investigation by Justice Paul Brereton has found, writes political columnist MICHELLE GRATTAN.