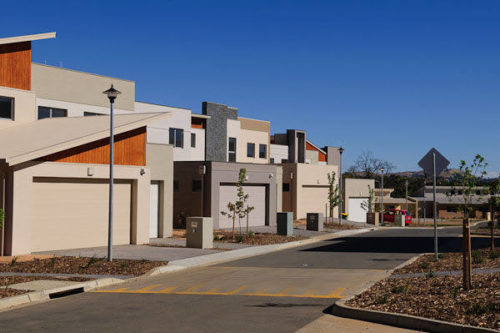 CANBERRA’S house prices rebounded in the final quarter of 2019 to record the steepest annual growth since 2017.

According to the “Domain House Price Report” for the December quarter, released today (January 23), Canberra had the second-highest growth out of all the capital cities up 7.3 per cent to $788,621. This represented an increase of 5.4 per cent year-on-year.

In a report published at allhomes.com.au, senior research analyst Dr Nicola Powell says the December quarter tends to be the strongest in terms of performance.
“We’ve seen interest rates cut three times last year, and we’ve seen a relaxing of lending standards, which means that borrowing is cheaper, mortgages are cheaper and allow many to borrow more.

“I think that has helped to bolster some activity in the Canberra market and ultimately help drive that price growth.”

On a district level, the Domain report says greater Queanbeyan turned in a leading performance in the housing market with a quarterly and yearly growth of 3 per cent and 5.7 per cent, respectively, to $602,500.

“Greater Queanbeyan is one of the cheapest areas to purchase when you compare it to the regions across the ACT,” says Powell.

“We have seen a number of people hop over the border and use those lower prices. I think that the NSW first-home buyer incentives were attractive for first-home buyers, helping people get onto the property ladder.

In the unit market, the Domain report says Canberra’s median prices remained stagnant over the year with a 0.1 per cent growth to $455,537, up 4 per cent over the last quarter.

Contrary to its positive housing market, the region that led the decline in unit prices was Greater Queanbeyan, with a dip of 4.5 per cent year-on-year to $255,000.

“Canberra unit prices grew over the quarter following a number of quarterly declines. Values are holding steady over the year. Although the unit market has underperformed compared to houses,” Dr Powell says.