The National Film and Sound Archive will welcome the public back with a big month of events in August. In this sponsored post it outlines some of the highlights.

A PYJAMA party and the opening of a new, interactive space mark the beginning of a fun and fascinating line-up of programs as the National Film and Sound Archive reopens its doors to the public on Saturday, August 1.

The family pyjama party, featuring three episodes on the big screen of “Bluey” – the popular children’s cartoon blue heeler – has sold out but there’s another “Saturday Morning Cartoons“ program planned for September.

The new public space is called Hive and uses interactive technologies to give visitors an opportunity to explore stories about the treasures in the NFSA’s vast collection and hear from the people who love and care for more than three million items preserved by the national institution.

The centrepiece of Hive is the new interactive display titled Storywall, produced by the NFSA and SBS Digital Creative Labs.

Storywall features a life-size projection of six NFSA experts “waiting” for visitors to interact with them using their mobile devices. Once selected, they will tell a story about themselves and their passion for Australia’s audiovisual history, as well as digitally showcasing items from the NFSA collection.

The stories are available in English plus six other languages: Arabic, French, Hindi, Japanese, Mandarin and Spanish.

Two of the original items featured in Storywall will also be on display at Hive: the “Priscilla” shoe, and “The Fringe Dwellers” hat.

In addition to Storywall, Hive will include other interactive displays, such as a trivia game featuring NFSA collection footage (to test visitors on their knowledge of Australian culture and history), highlights from the Sounds of Australia registry and more stories from the NFSA collection.

The free Hive experience will be open Monday to Sunday from 10am-4pm, from Saturday, August 1.

Other events for audiences of all ages at the NFSA in August include:

• A screening of “She Who Must Be Loved”, the inspirational documentary about indigenous media pioneer Freda Glynn – plus a Q&A with her filmmaker daughter Erica Glynn (August 8).
• A screening of the 1927 expressionist masterpiece “Metropolis”, one of the earliest and most influential science fiction films (August 15).
• The classic Judy Garland musical “Meet Me in St Louis”, screened on 35mm film as a Friday matinee film, with a special introduction (August 28).
• “The Loved Ones Twisted Prom Night” – come along in a twisted prom outfit (prizes for best dressed) and enjoy an interactive, “out loud” screening of the Aussie horror film “The Loved Ones” (August 28).

To ensure the health and safety of visitors and staff, the NFSA is now fitted out with multiple hand-sanitiser stations, direction signage to help ensure we all adhere to capacity and social-distancing guidelines and a range of other safety measures.
Bookings are now essential for all events and screenings to ensure the NFSA is meeting capacity restrictions and can staff its events accordingly. In addition, cash will no longer be accepted for onsite purchases.

National Film and Sound Archive McCoy Circuit, Acton. The full list of August events is at nfsa.gov.au/events. Book in advance due to COVID-19 visitor limits. 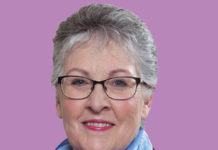 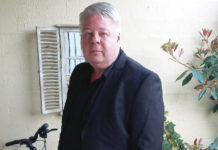 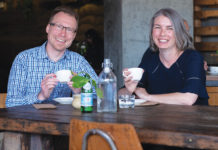