“UNHAPPY” teachers at the Islamic School of Canberra will protest against the school tomorrow (April 30) after an ongoing call for fair wages and fair working conditions.

Teachers will stop work for one hour, from 8.50am to 9.50am, tomorrow, after about five years of lengthy negotiations between the Independent Education Union (IEU) and the School Board of the Islamic School of Canberra.

IEU organiser Lyn Caton says teachers are not making any ambitious claims but merely trying to preserve their rights and entitlements and align their conditions with teachers throughout the ACT.

She says teachers are experiencing diminution of their employment conditions because teachers employed after the sale of the school have been employed under the Modern Award’s minimum conditions, whereas longstanding teachers covered under the existing enterprise agreement face the threat of entitlements being reduced.

Meanwhile, she says, the school is proposing to curtail other terms and conditions of employment for teachers under the new enterprise agreement, including:

And, until April 2019, teachers at the school had not received a pay rise in over five years, according to Ms Caton, who says they are more than $10,000 a year in salary behind their colleagues in other NSW and ACT schools – a wide gap that is only widening.

“Staff are clearly unhappy, and there is a high churn rate at the school,” Ms Caton says.

“Teachers see their rights being reduced, and the low salaries make it hard to retain casuals and attract new staff.” 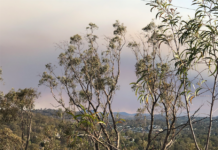 Jon Stanhope - May 27, 2020
0
"The fact the ACT government is resting on its laurels is increasingly apparent. Its obsessive mantra that it is the most progressive government in Australia always brings to my mind Bruce Springsteen’s 'Glory Days'," writes columnist JON STANHOPE.