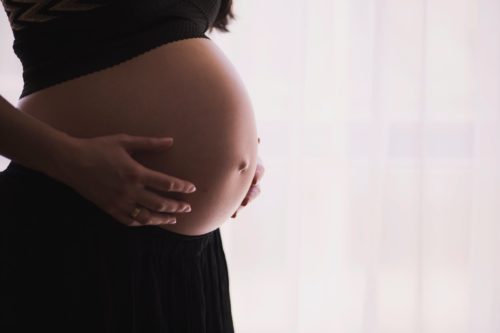 A “SIGNIFICANT flaw” in the testing procedures for gestational diabetes in pregnant women can lead to a substantial underdiagnosis of the condition, according to a new study led by ANU researchers.

Researchers say the problem arises if there is a delay in processing the patients’ blood samples after the glucose drink. This is because the red and white blood cells continue to consume glucose. Delayed processing gives a false low glucose reading, they say.

Lead researcher Prof Christopher Nolan, from the ANU Medical School, together with Professors Julia Potter and Peter Hickman from ACT Pathology, led a study of more than 12,000 women which found substantially higher rates of diagnosis when the blood samples were processed sooner.

“This is a real problem leading to unreliable gestational diabetes test results in many countries around the world,” Prof Nolan says.

Gestational diabetes occurs during pregnancy and can lead to increased chance of abnormally larger baby birth weights, low blood glucose levels in the newborn and high blood pressure or pre-eclampsia in the mothers.

Mothers-to-be usually undergo screening between week 24 and 28 of pregnancy and between 12-14 per cent of women in Australia are found to develop it, the researchers say. However, they believe the number could be significantly higher if testing protocols are improved.

Current international guidelines for testing of gestational diabetes recommend the blood sample is placed in an ice slurry and centrifuged – where the blood sample is spun to separate the cells – within 30 minutes of collection. However, this guideline is difficult to implement, particularly if the blood collection site is distant to the laboratory, like it commonly is for rural women, the researchers say.

Prof Nolan says an easy fix would be to change the chemicals in the blood test collection tubes from sodium fluoride to citrate.

Sodium fluoride is used to slow down the consumption of glucose by the blood cells, but according to Prof Nolan it does a very poor job.

He says citrate in the tubes, however, is much better in that it immediately stops glucose consumption, making the ice slurry and strict timing of blood processing unnecessary. The citrate stabilises the glucose in the blood sample.

Prof Nolan says his research highlights the importance of the preanalytical processing protocol and urges that more research is needed before adopting citrate tubes widely.

In the meantime, Prof Nolan strongly encourages pregnant women to continue having glucose tolerance tests in pregnancy, as the current approach does diagnose women with gestational diabetes who are the most in need of treatment.

Michelle Grattan - July 31, 2020
0
Scott Morrison says of the war against COVID-19: “On some days the virus wins. On other days we beat it.” This week, the virus was counting its victories most days, writes political columnist MICHELLE GRATTAN.